Neo-Neanderthals | Background |The Exhibition | Images | Animation | Jeanne Cannizzo | Robbie Bushe | Format | Bibliography
Bushe and Cannizzo want to tell a story about a meeting between modern humans and Neanderthals – an imaginary tale created through drawings and objects. For example, a possible story might have three scenes:

Such a narrative would touch on science fiction – where so often the moral and ethical struggles between dystopias and utopias are played out  – and the creation of fantastic worlds.  In doing so, it would become clear these are indeed ancient human patterns with a myriad of possible outcomes. 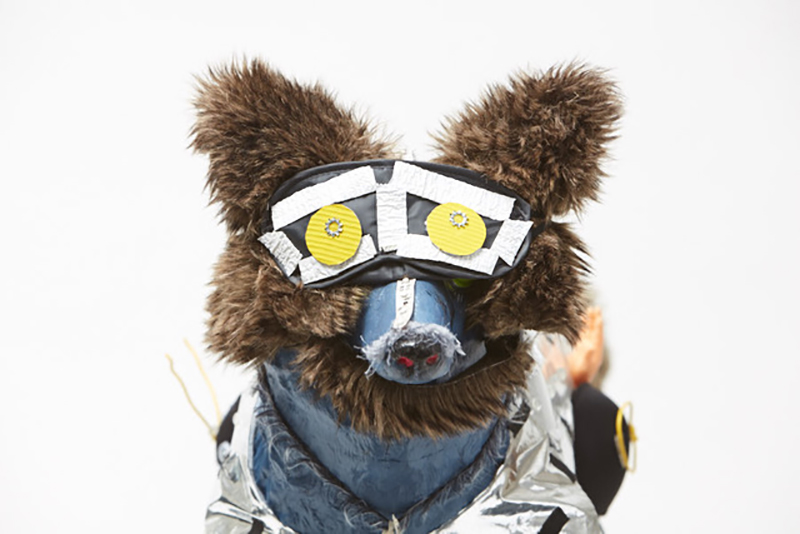 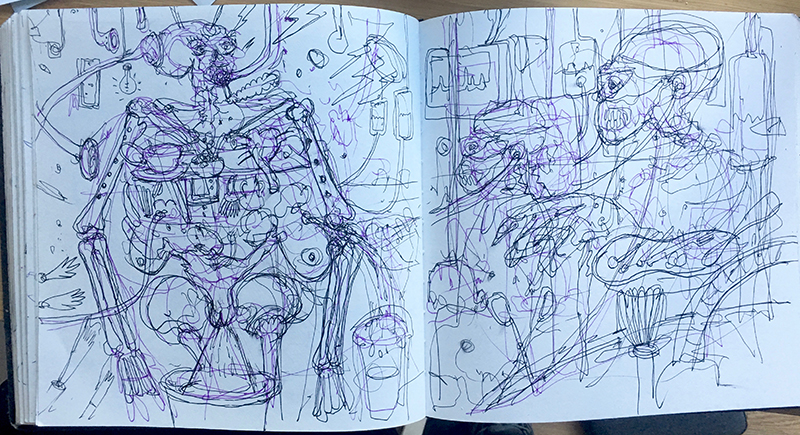 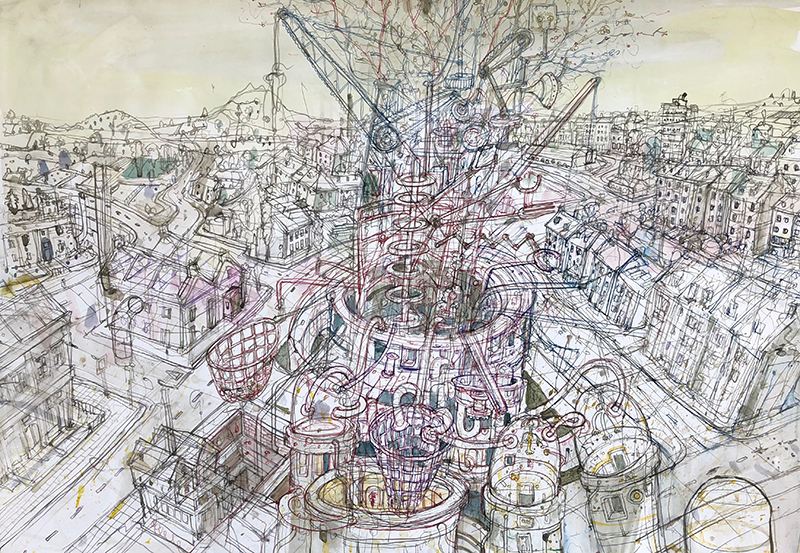