In early 2018, Robbie Bushe began to experiment with  hand drawn animation using a stop-motion app on his iPhone to record frame by frame. Initially these were fairly crude stream of consciousness ideas using performative vocals and sound effects driven by the animation.  This lead to Robbie learning how to use the iPad app ‘Animation Pro’ which enables him to create  cut-out puppet animation against hand-drawn backgrounds. These soon became an extension of Robbie’s drawings for this project with the stories of the Neanderthals being recreated from fragments of our surviving DNA and living among us. 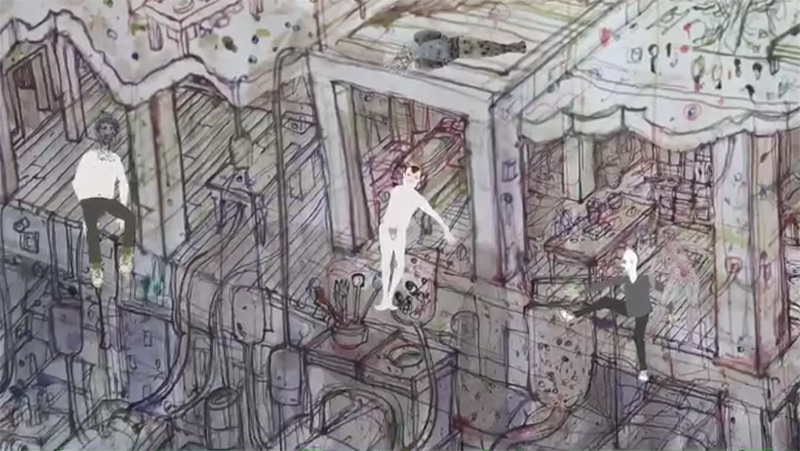