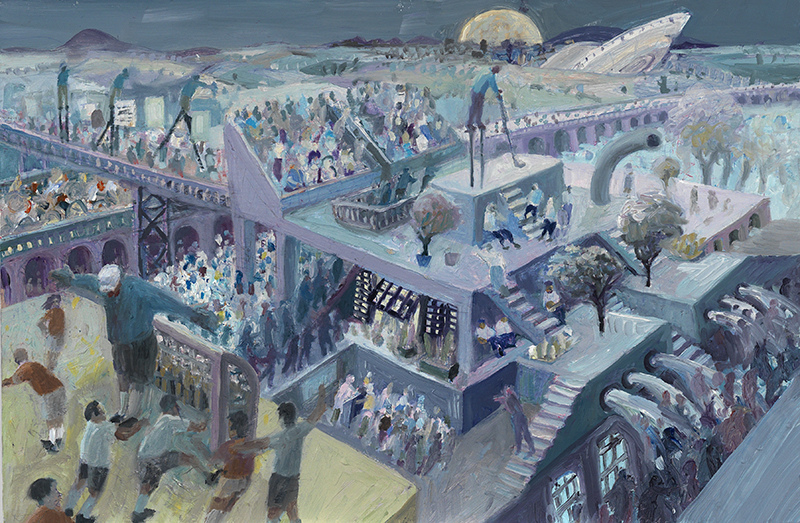 ‘The Sub Terrestrial Sports Complex’ forms part of ‘Invasions and Excavations’ a solo exhibition at the Open Eye Gallery from 20 April – 6 May 2017.

I have a strange relationship with sport. My childhood is filled with my being the worst at virtually any sports that were thrown at me. I would bunk off ‘games afternoon’ to sneak home and draw cartoons and comic strips. But I was engaging and competing with sport in my private world and desperately wanted to me good at some sport. It never happened but now at least I take pride that I am a keen swimmer. I have always, however, really engaged with sports on tv and radio and the ensuing discussion down the pub – particularly big events. In Summer of 2016,  I watched a fair bit of sport – there was the Olympics, European championships and Andy Murray winning Wimbledon for the second time. As part of my ‘drawing a day’ regime, I would simply draw in a ‘flow state’ and let whatever I was doing or watching have an impact. These resulted in a series stadium environments built on several levels with rough approximations of sporting events (including golf on stilts).  I am not sure what I am getting at with this picture put it was the first of a new batch of pictures made in the summer of 2016 and I think I was just limbering up. 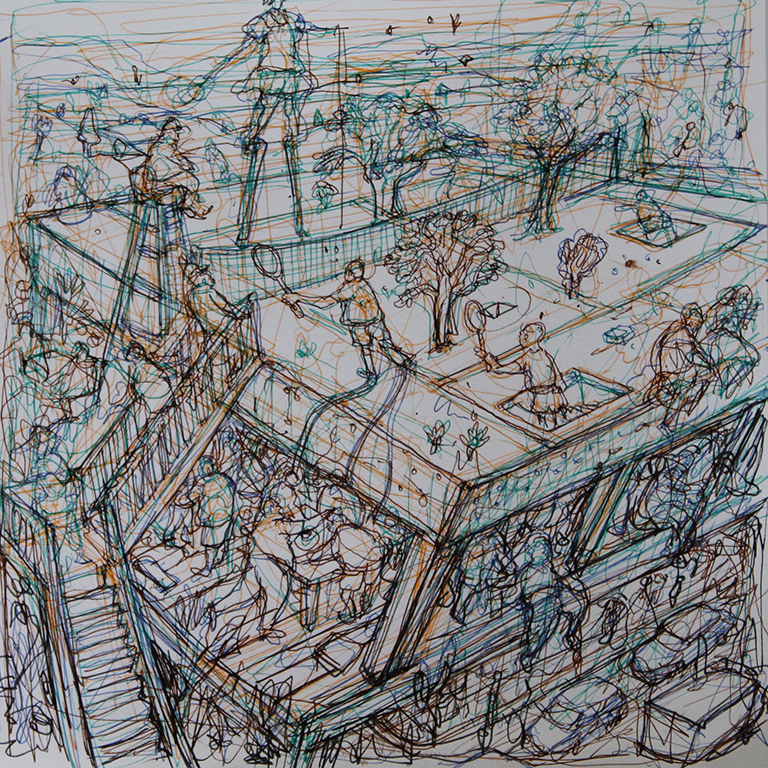 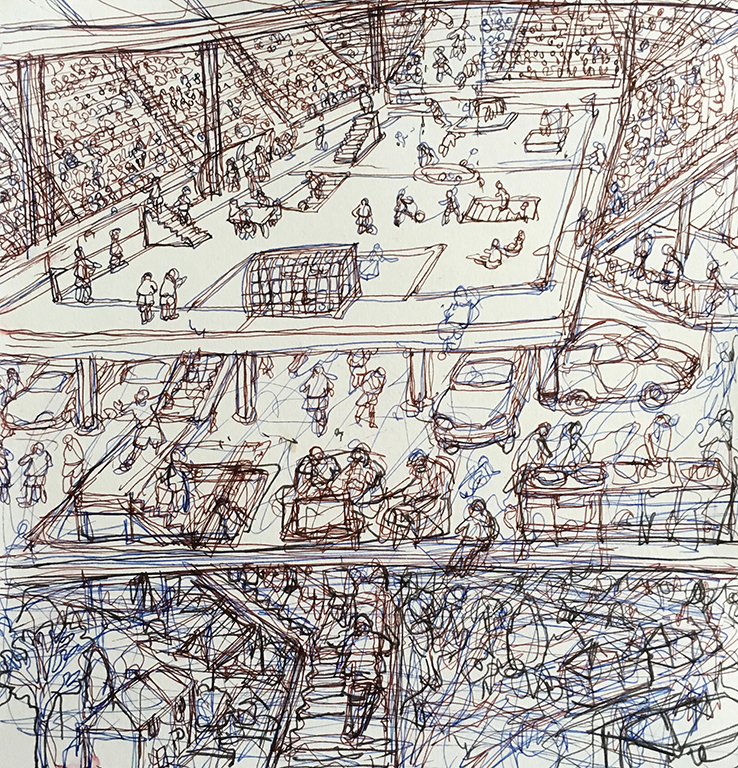 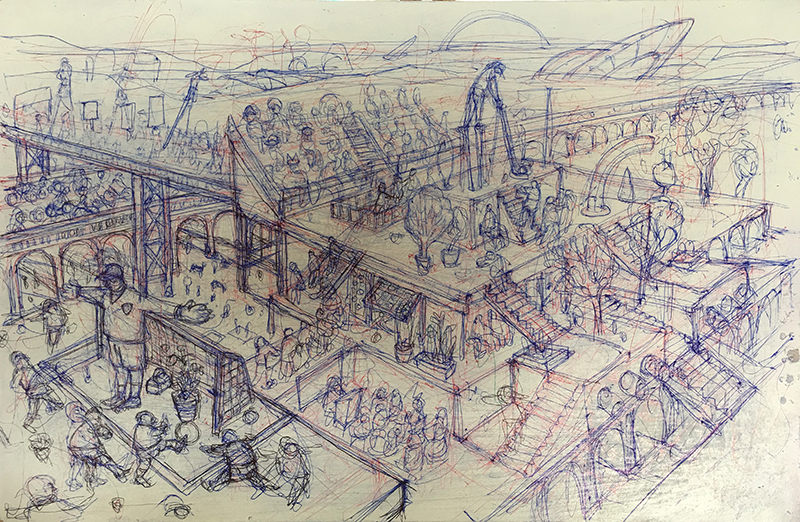 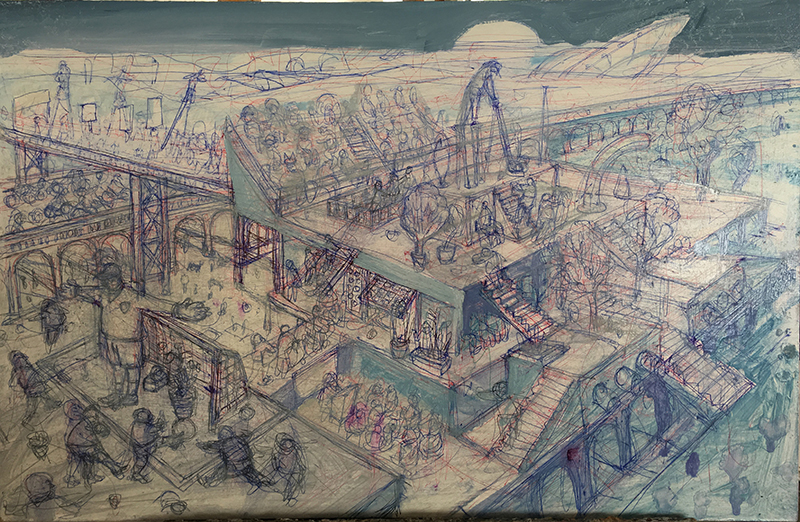 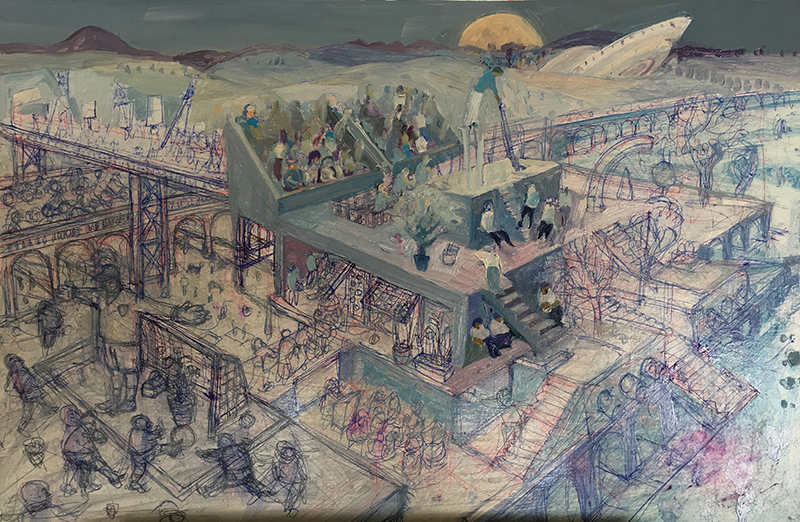 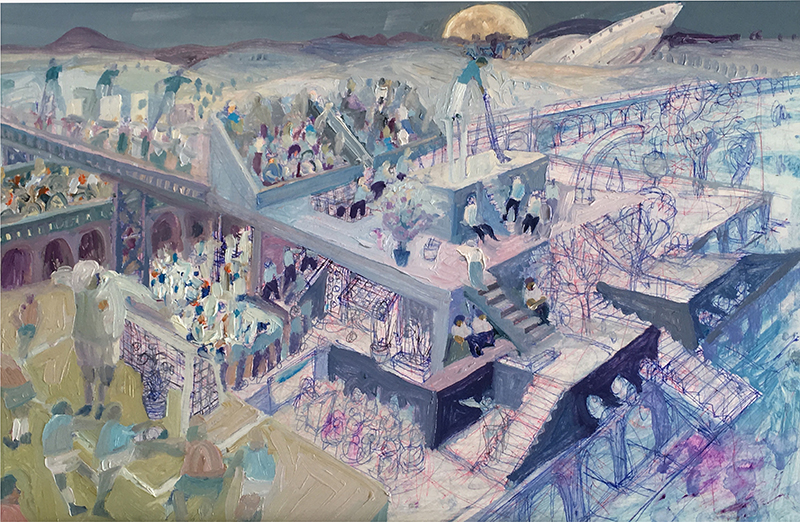 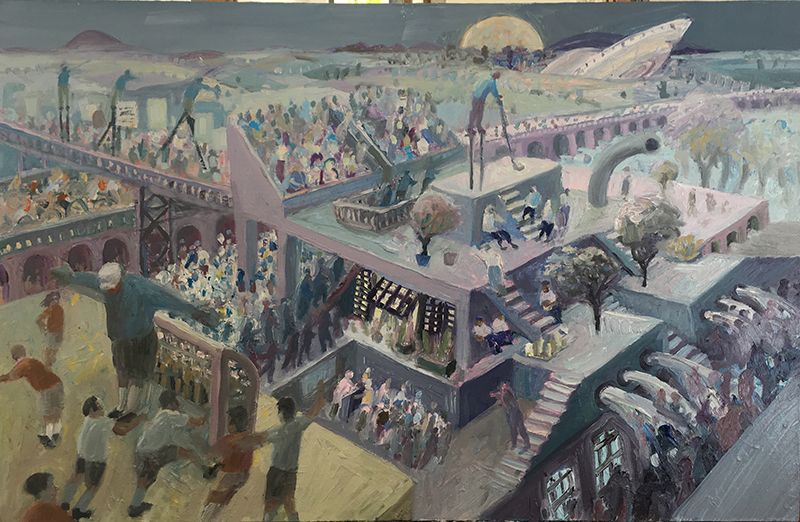