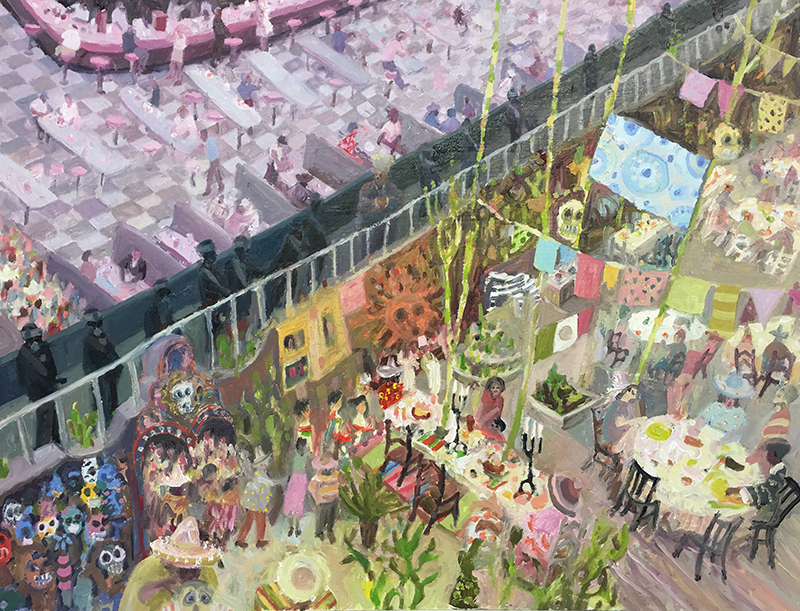 ‘The Mexican Border’ forms part of ‘Invasions and Excavations’ a solo exhibition at the Open Eye Gallery from 20 April – 6 May 2017.

‘The Mexican Border’ was the final painting I made for Invasions and Excavations’. Its idea and composition came to me virtually complete and the final painting, for once, matches the concept I began with. The idea is straightforward enough; it is a satire on Donald Trump’s border wall between the USA and Mexico. The USA is represented by a humdrum tired old ‘diner’ and Mexico is represented by exuberant and charged Mexican eatery. Rather than keeping the Mexicans out of the USA, more are trying to get a table in the much more exciting Mexican restaurant. I have travelled all over the USA but I never been to Mexico so of course this picture paints my idealised and stereotype of its culture using google images of festivals and eateries. The wall itself has become motif in much of my recent work and this wall is guarded by federation troopers from 70s TV sci-fi series ‘Blakes 7’ with a ‘gonk’ style leader in the middle. I was keen to use a more isometric perspective found in early computer games to enable both sides of the wall to be seen equally. 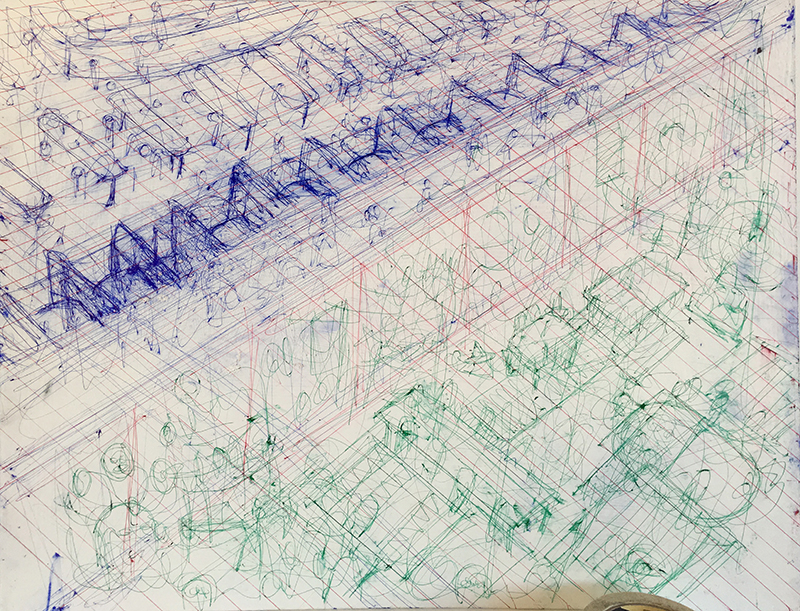 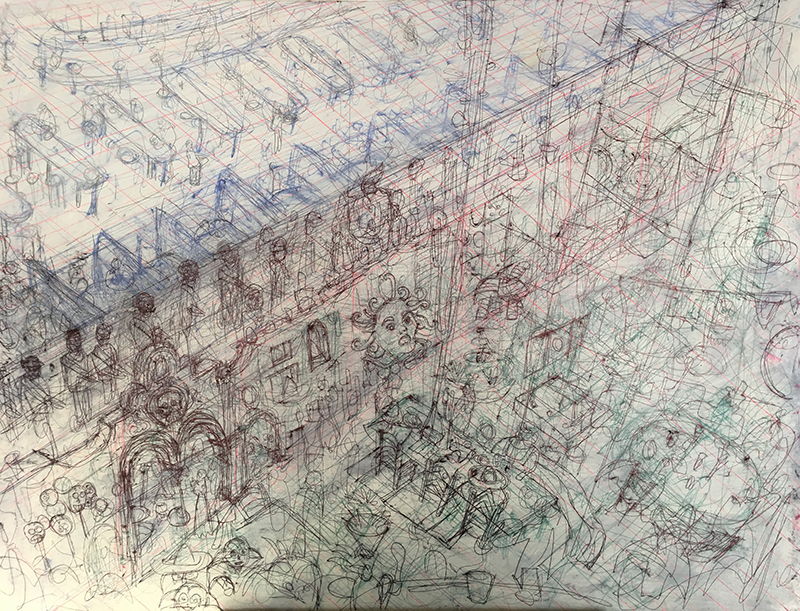 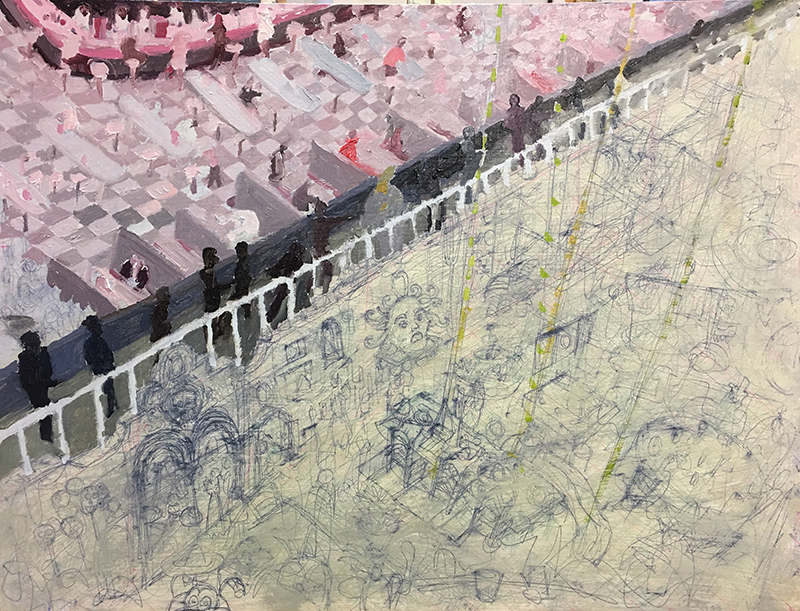 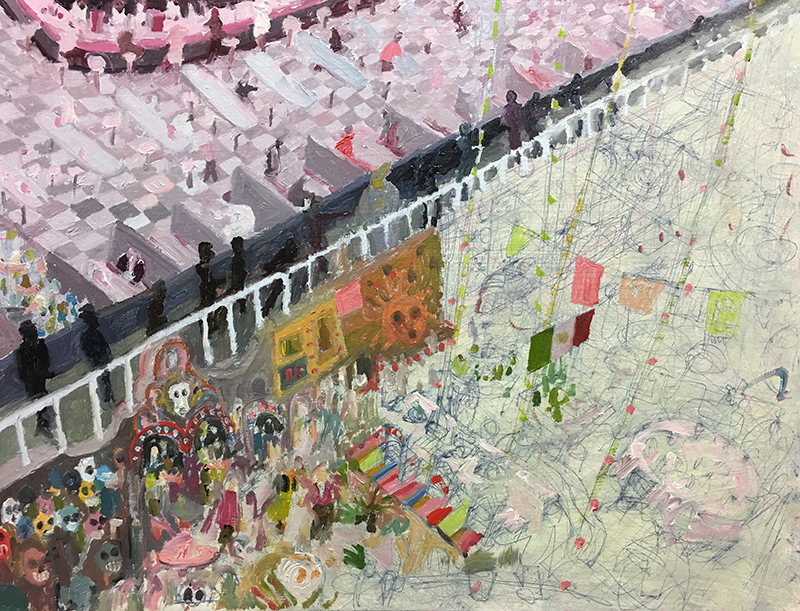 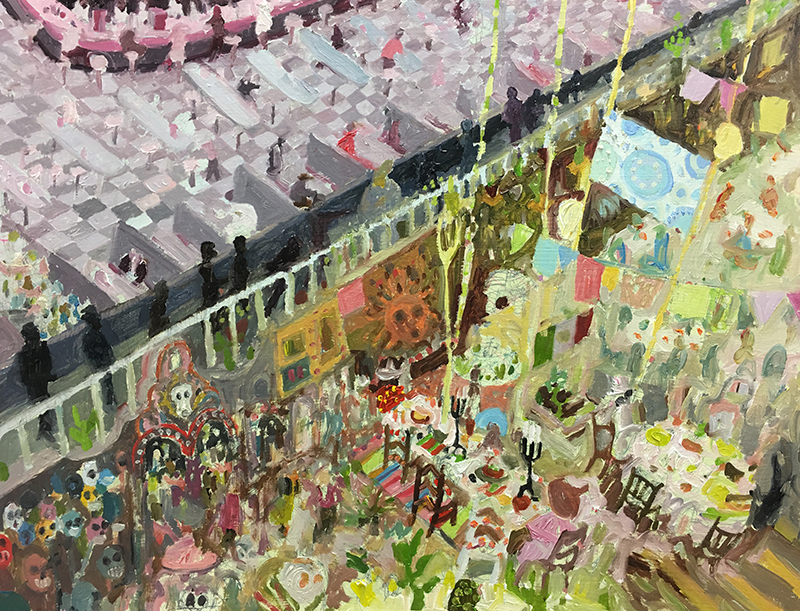 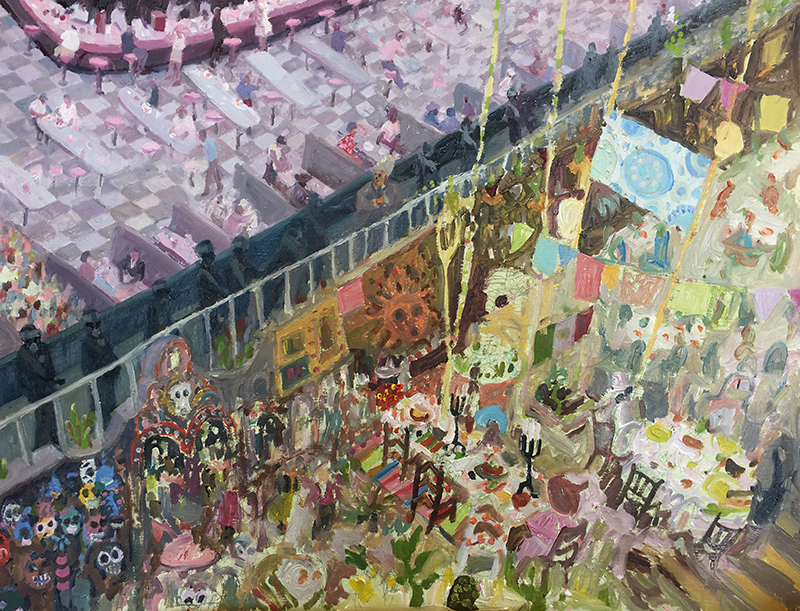 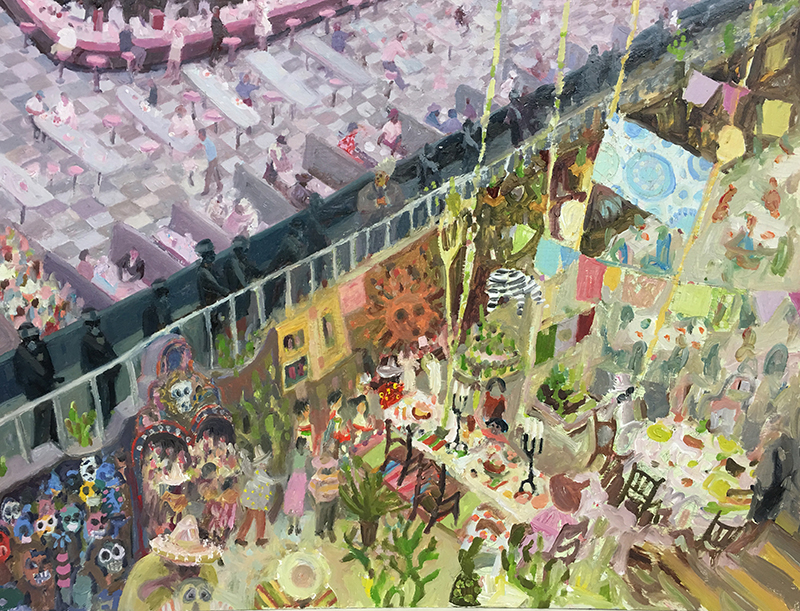