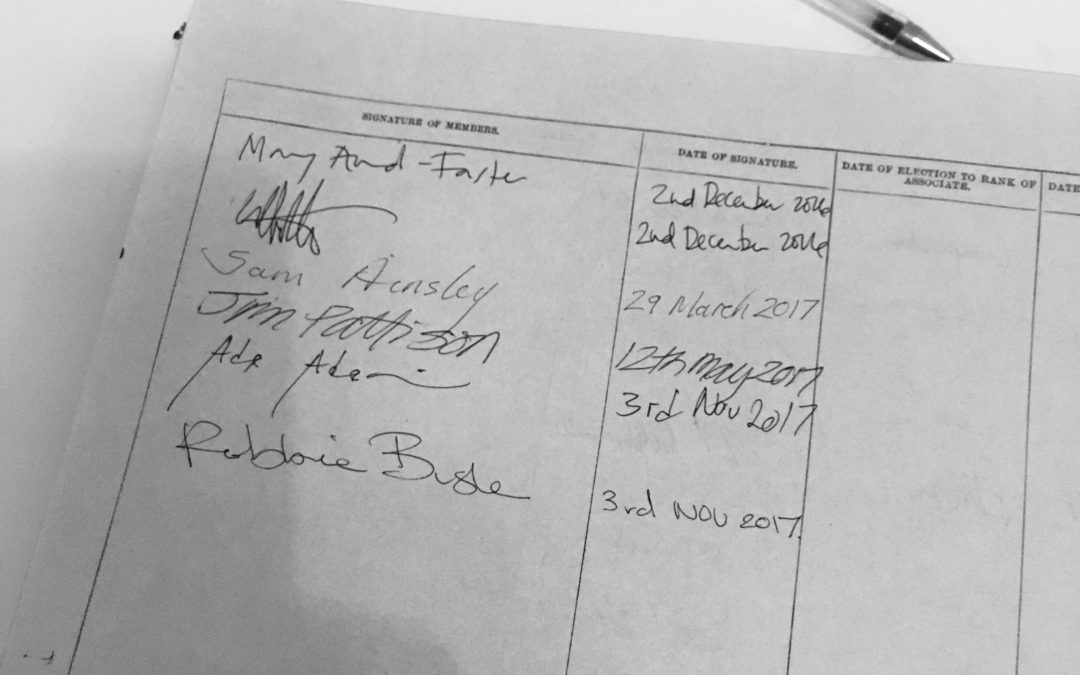 I was nominated to become a member of the Royal Scottish Academy and I was thrilled to hear I was  duly elected in October 2017. On Friday 3rd November 2017, I signed the historic book which has recorded all Academicians signatures since its inception. I had a little browse through and found the page signed by father Fred when he became an academician in the early 1980s – along with a few other familiar names; 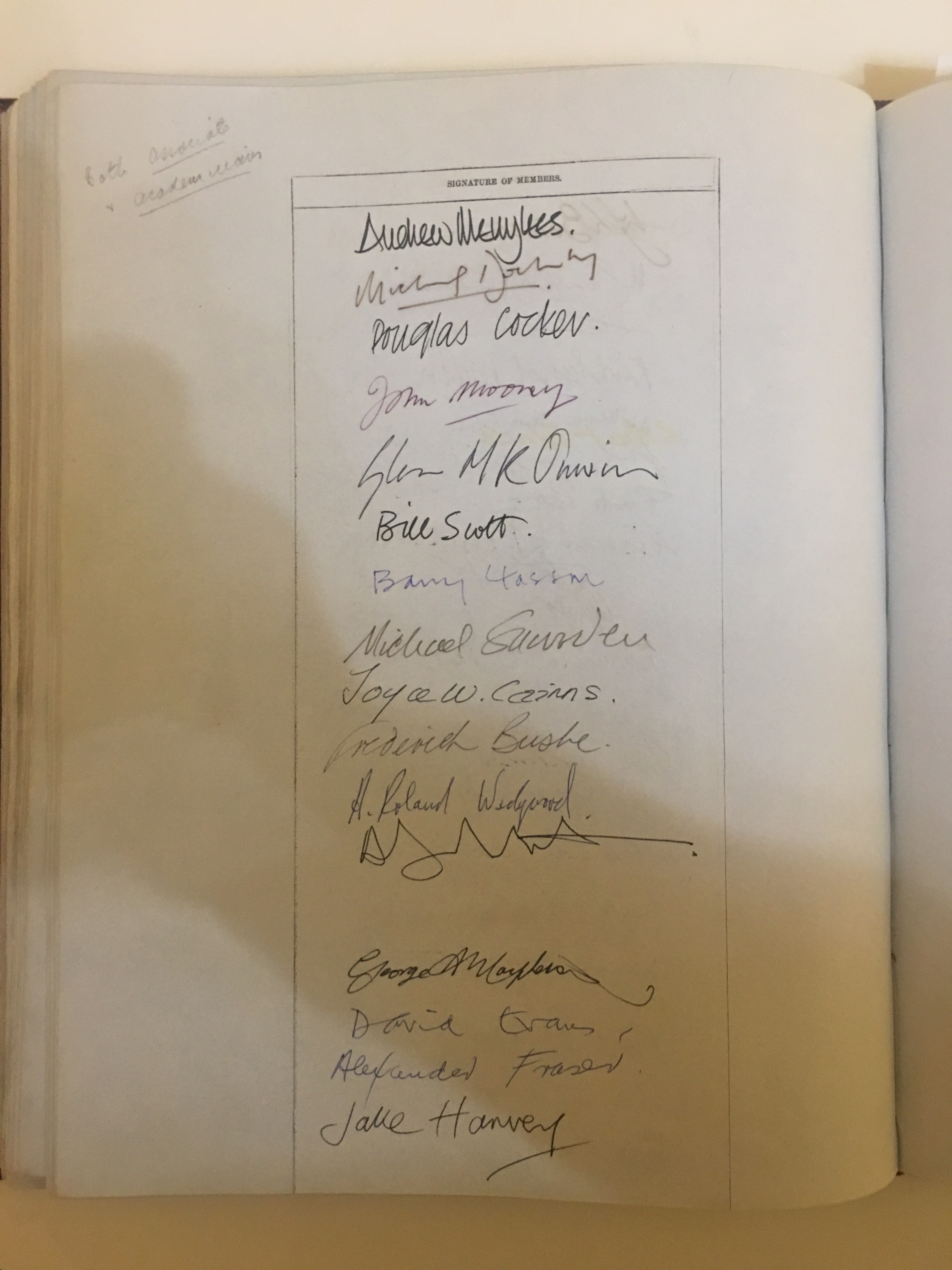