On the DNA Dancefloor

An imaginary scene over thousands of years as early modern humans and Neanderthals interact – hunting and gathering, dancing, and interbreeding.

On the DNA Dance Floor,is one of  four large scale paintings by Robbie Bushe for NEONEANDERTHALS which follow the journey the last of the ancient Neanderthals some 30,000 years ago. A solitary female lovingly tends her wild garden as she prepares for the end of her species while modern humans search for the secret of their de-extinction, fully realised some 30,000 years into our future. 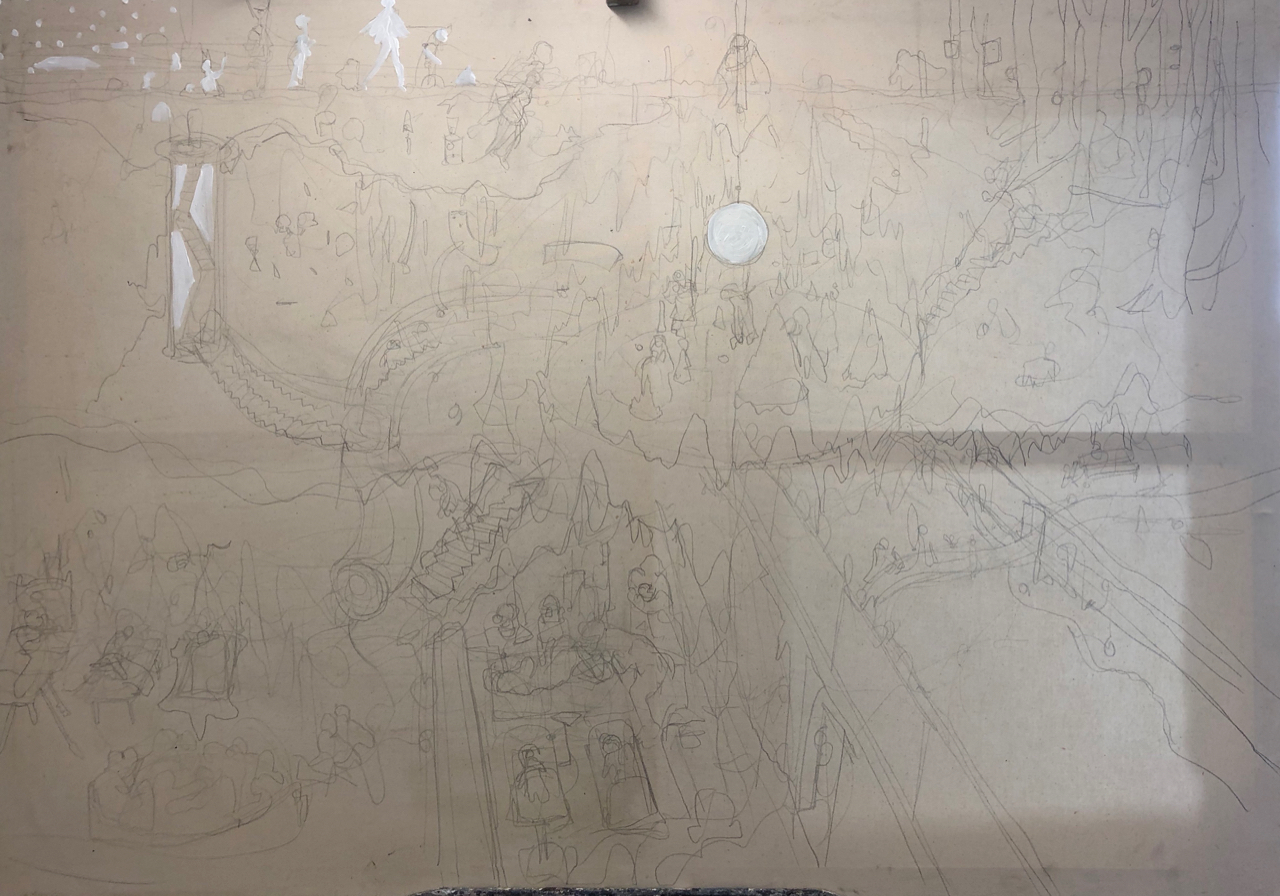 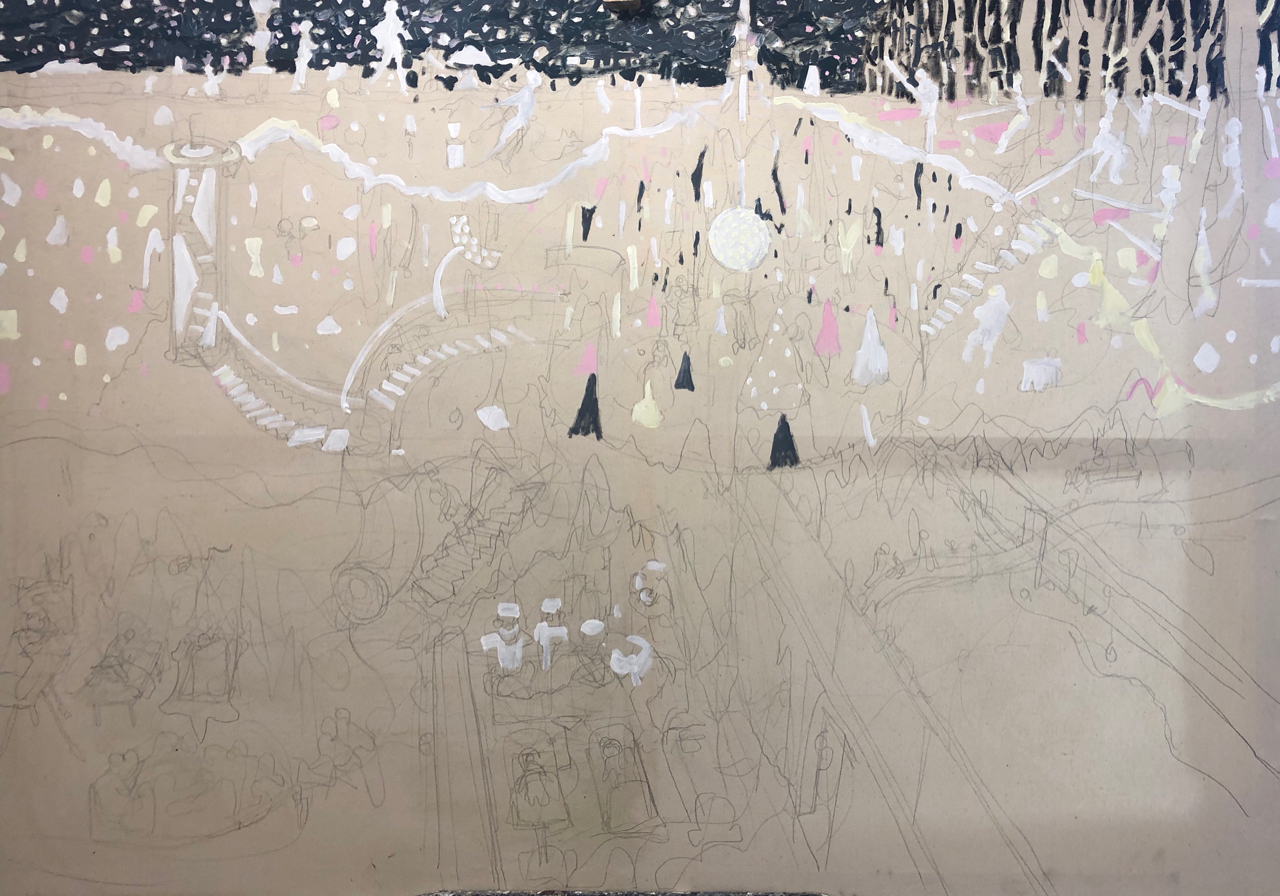 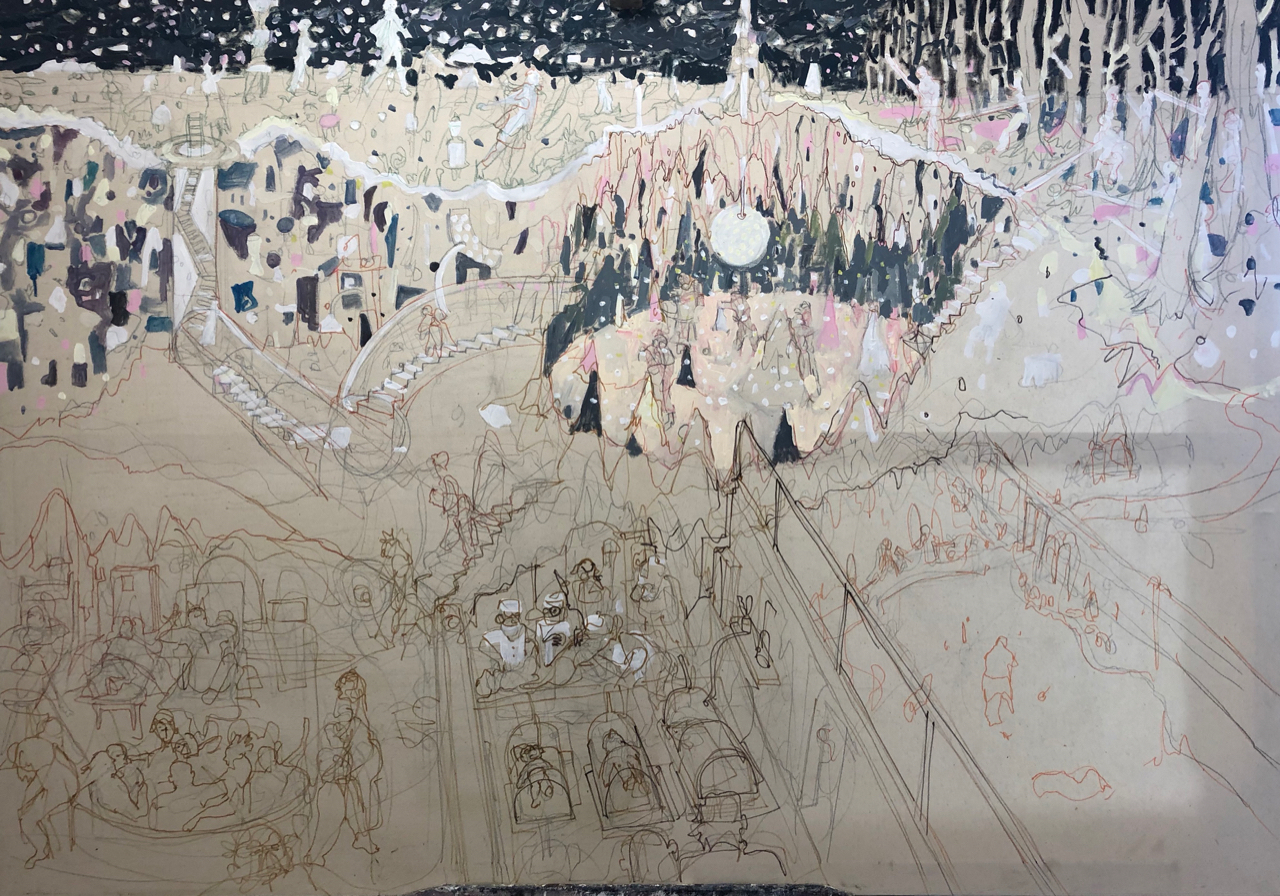 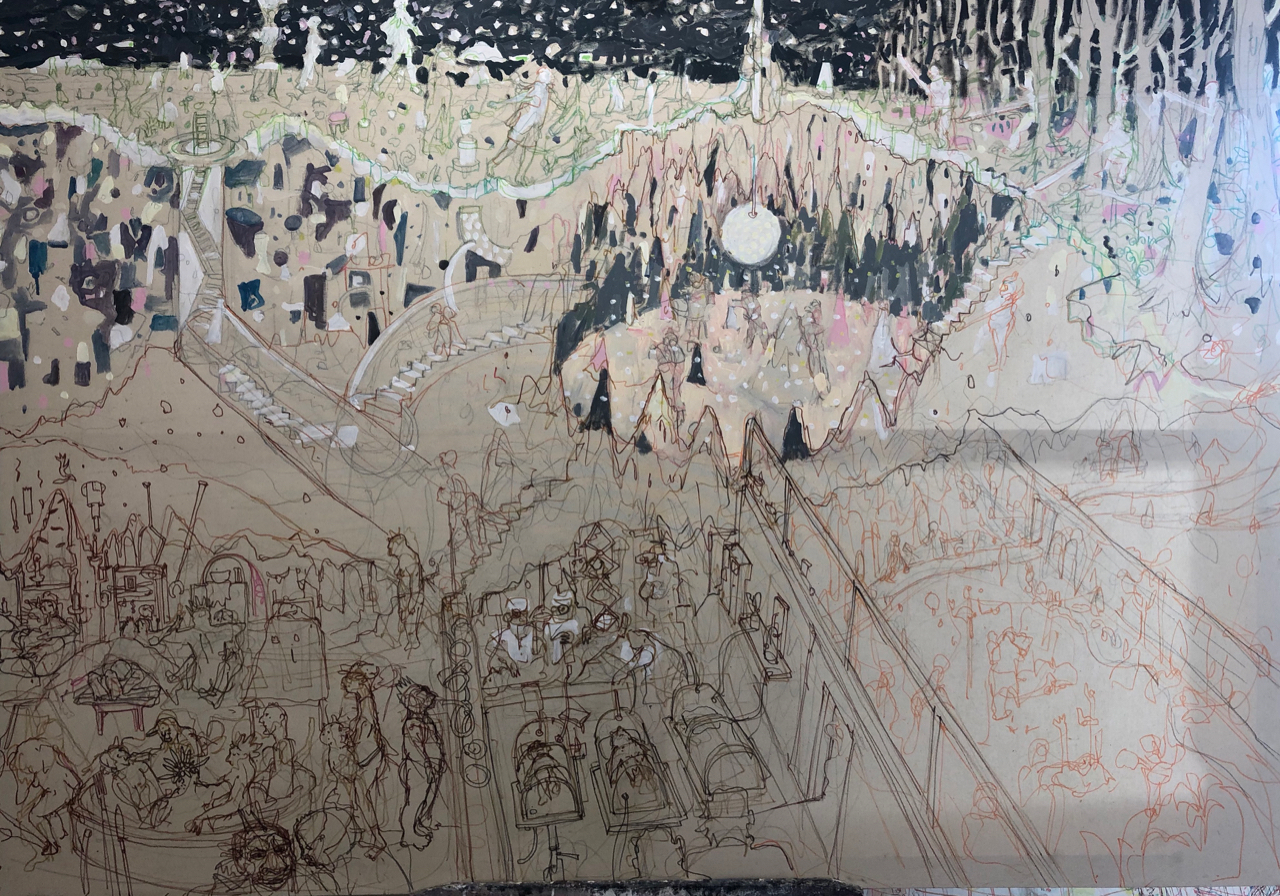 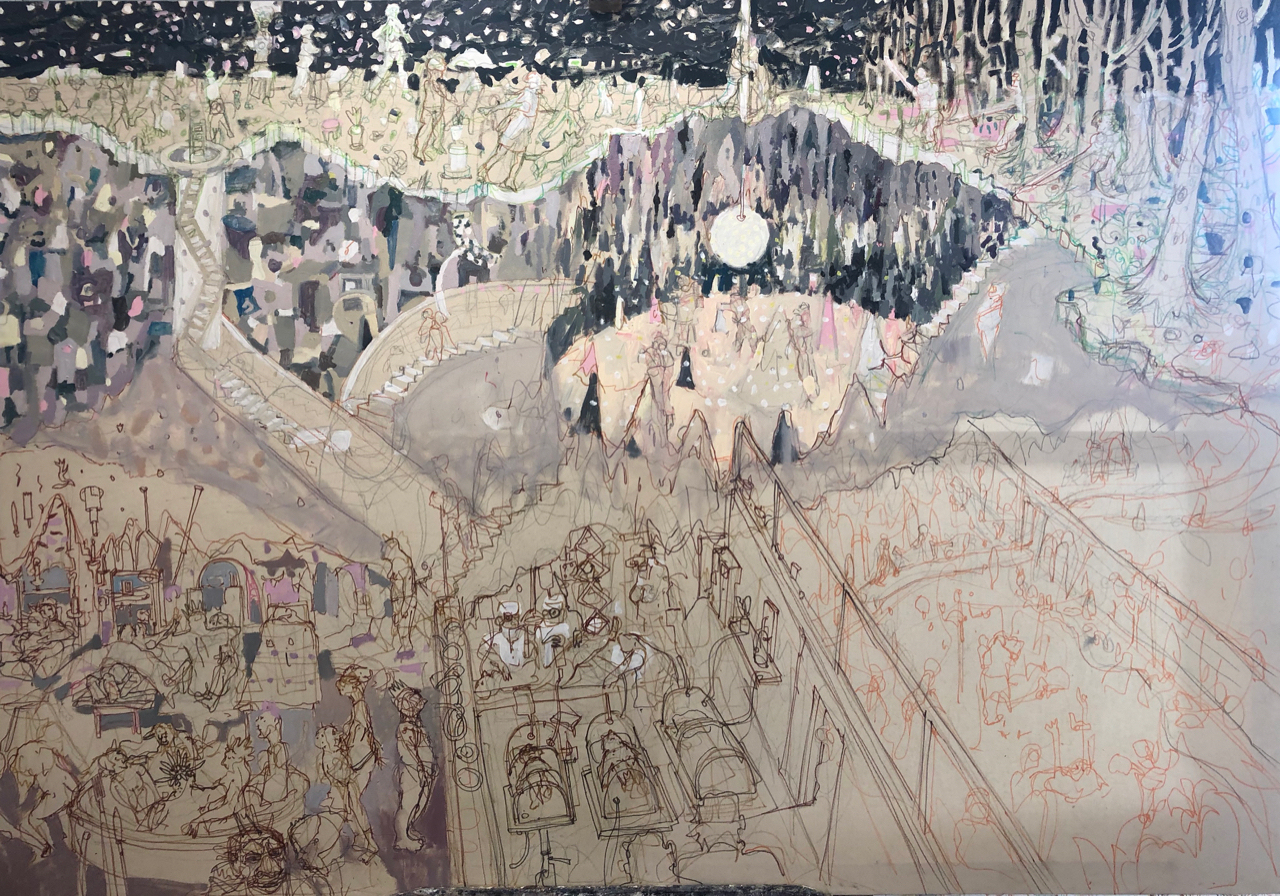 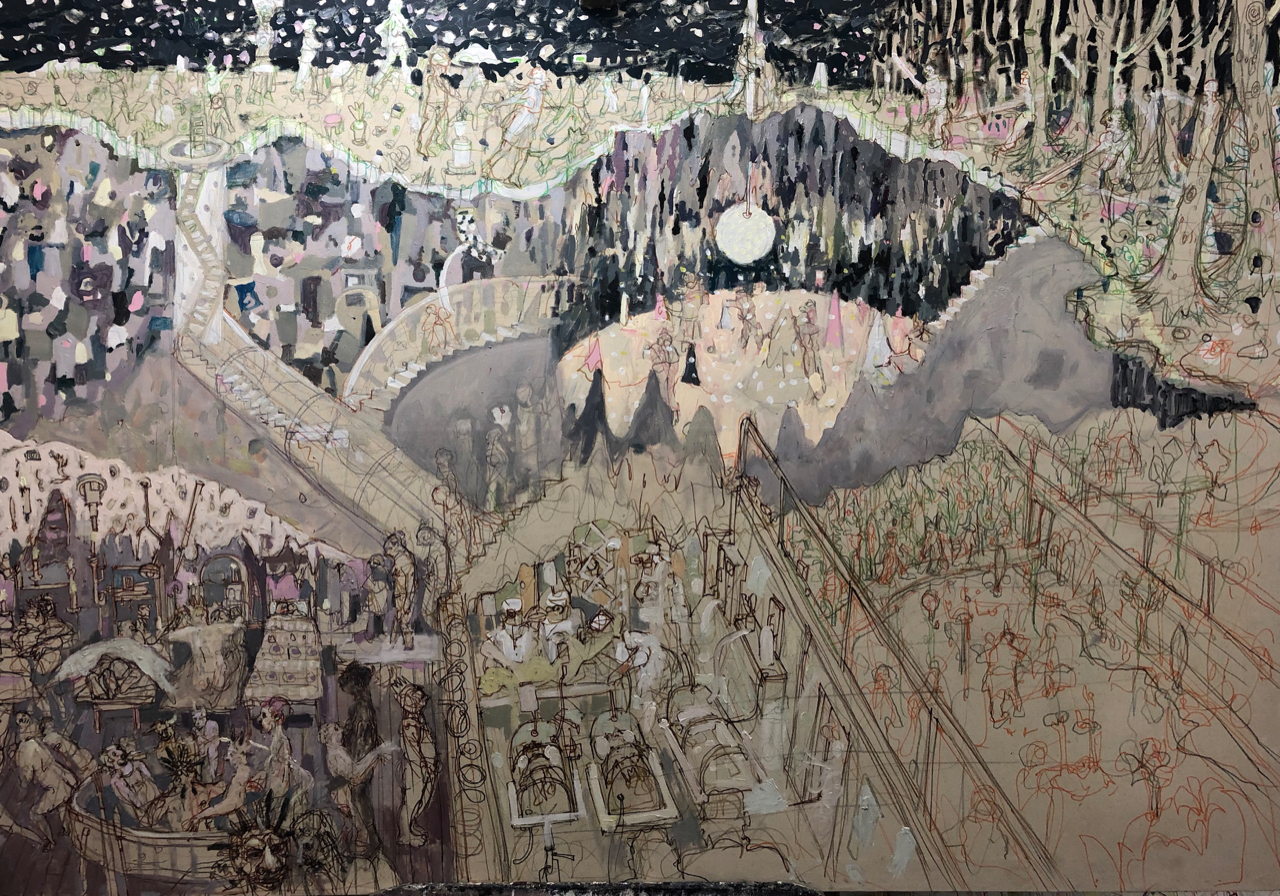 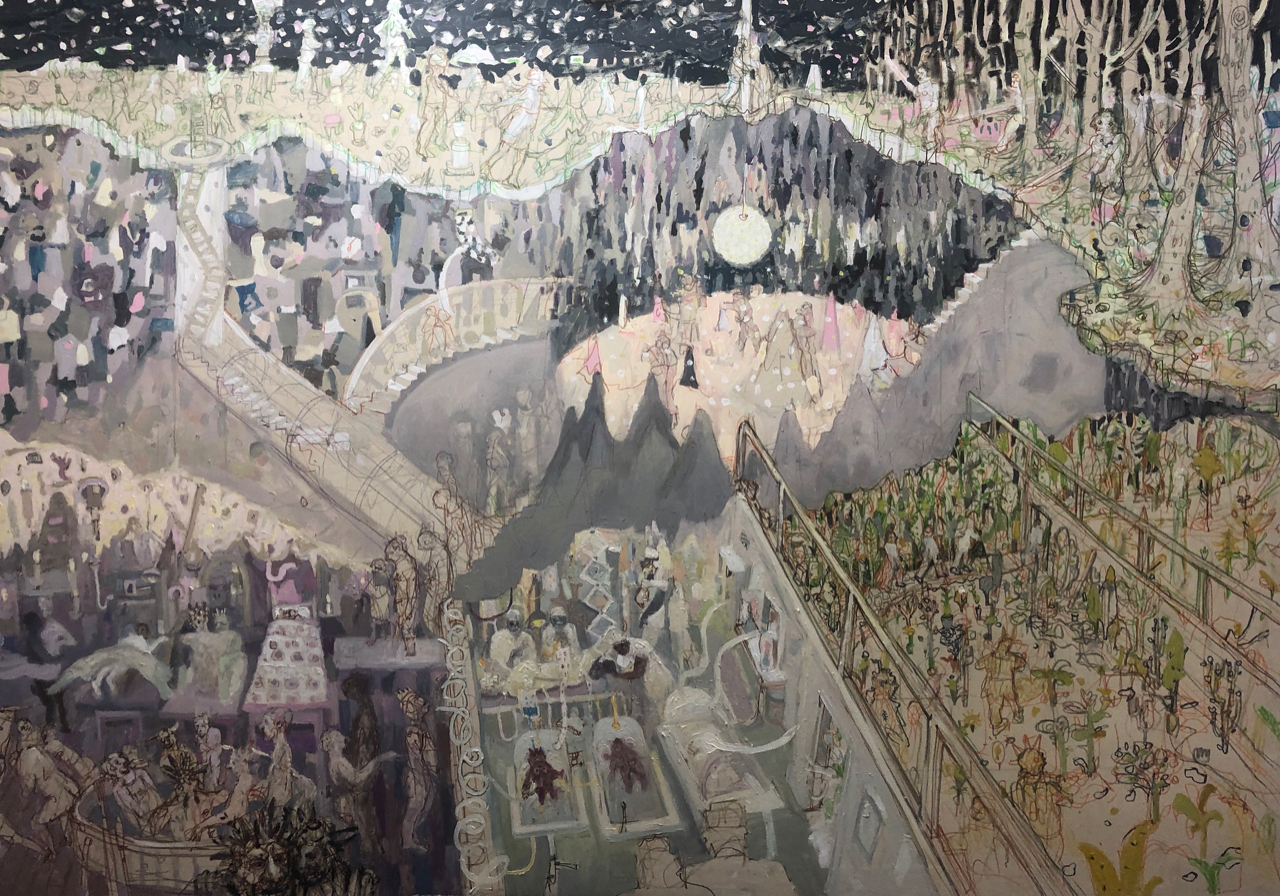 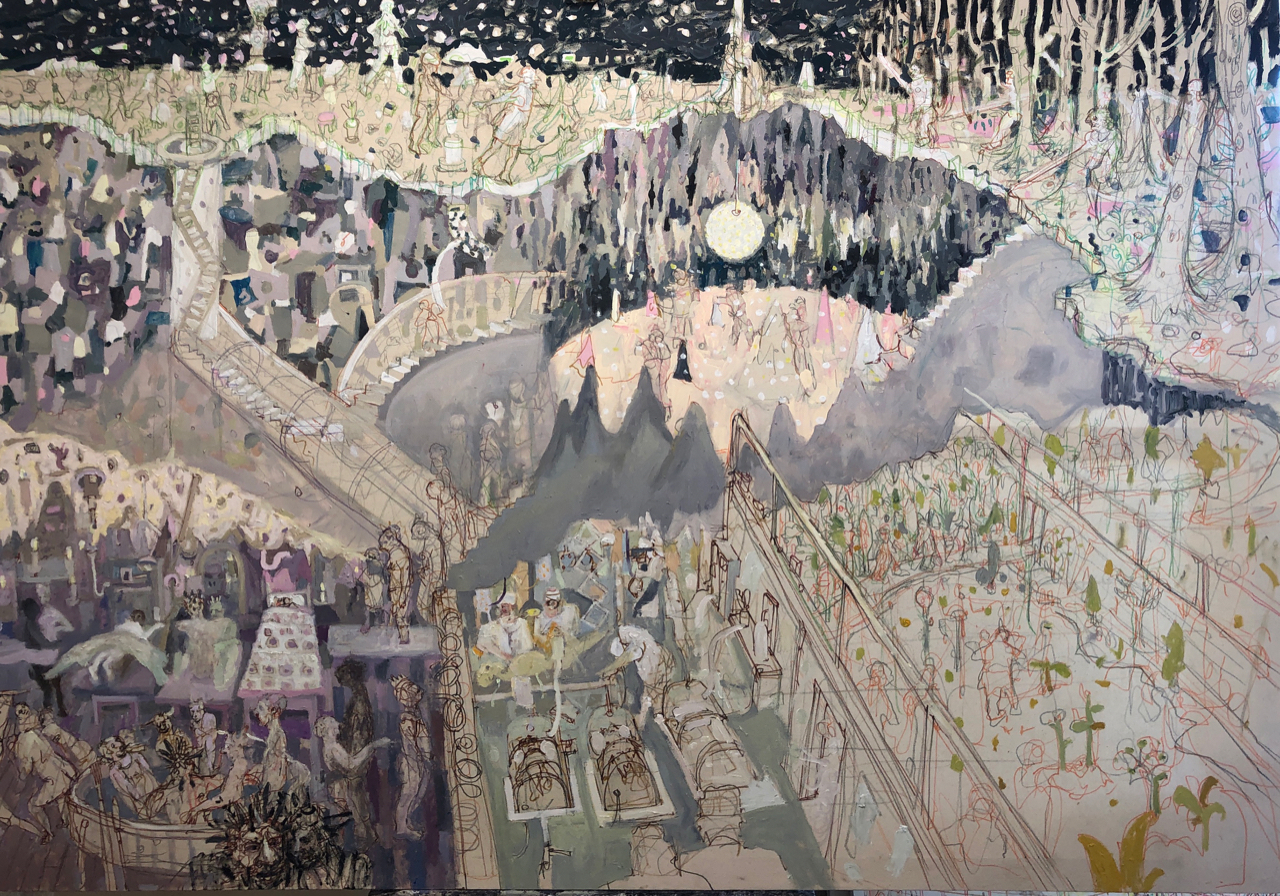 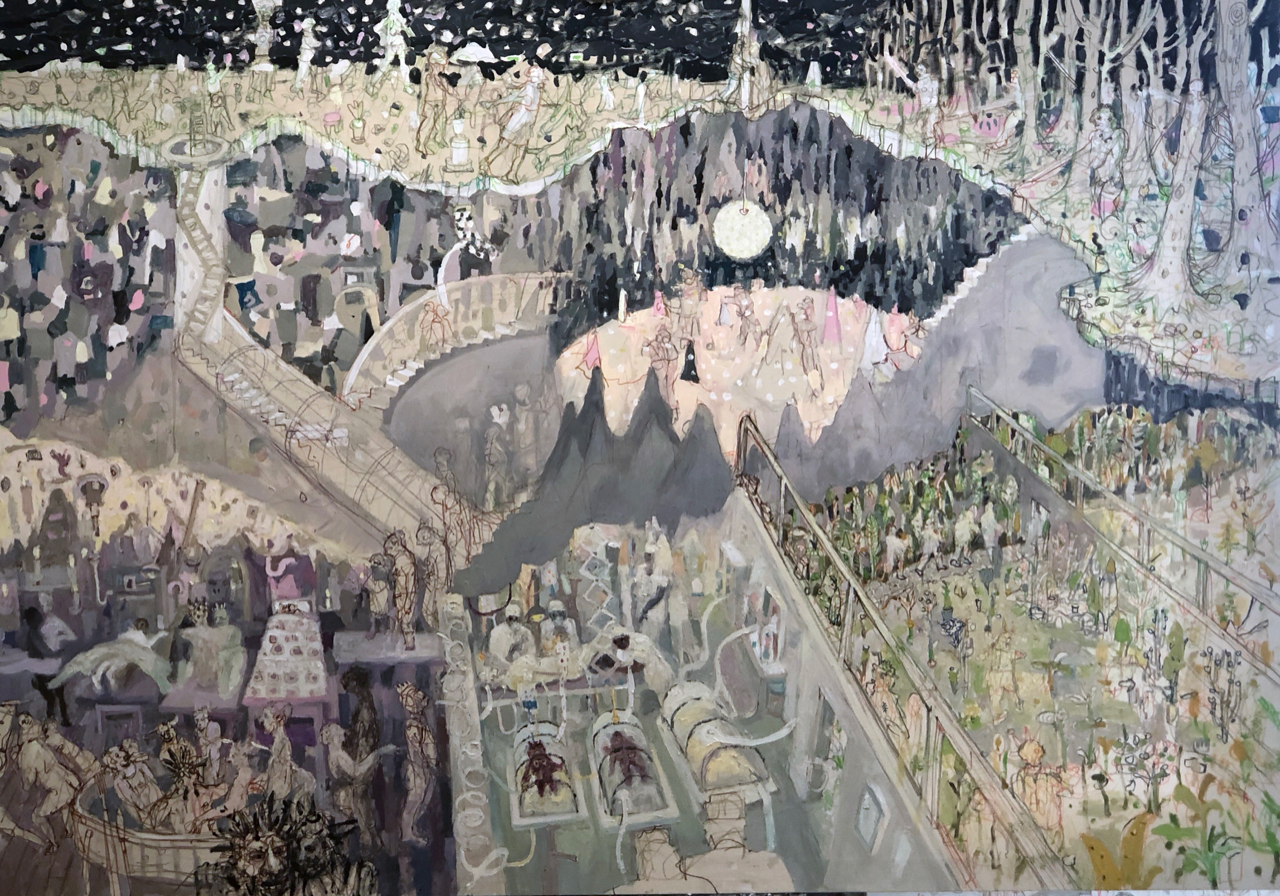 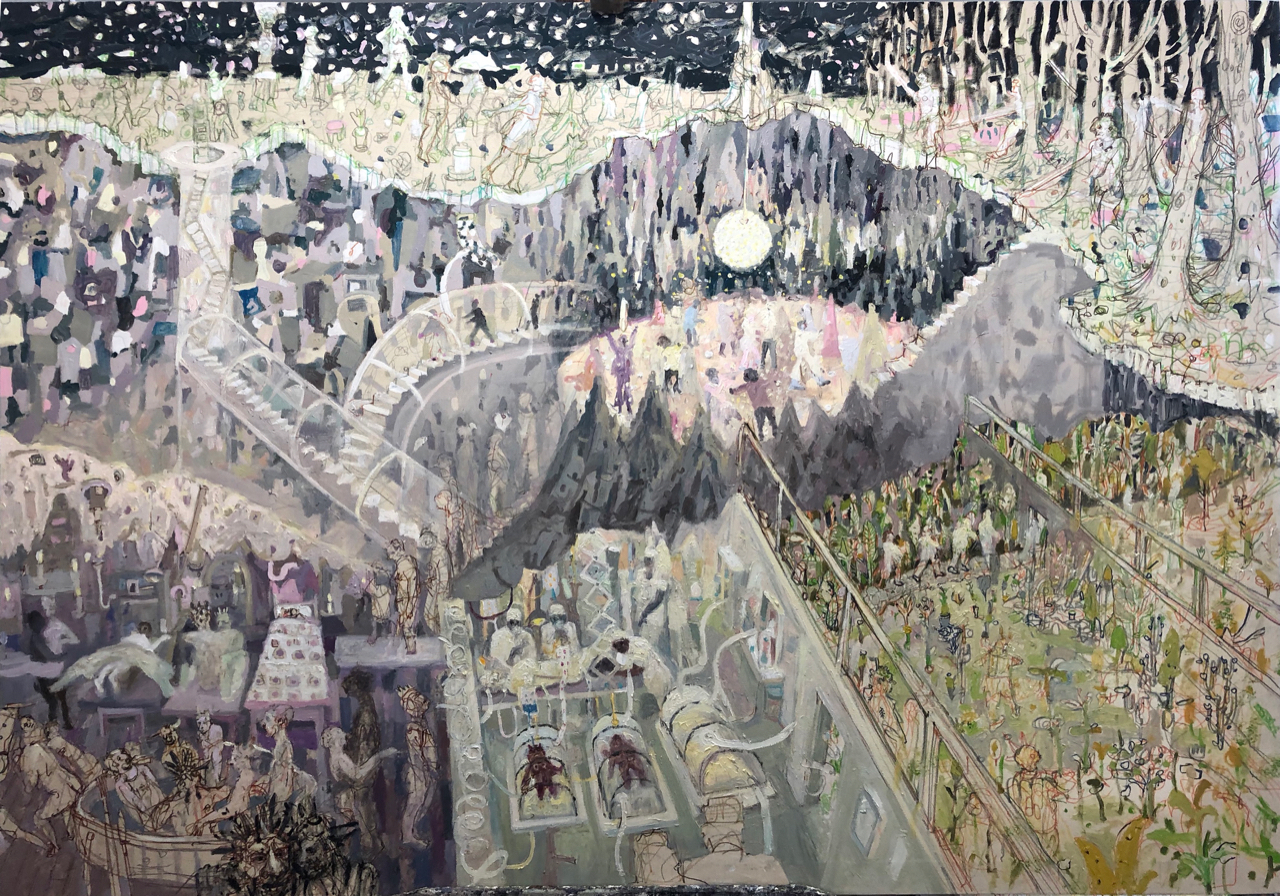 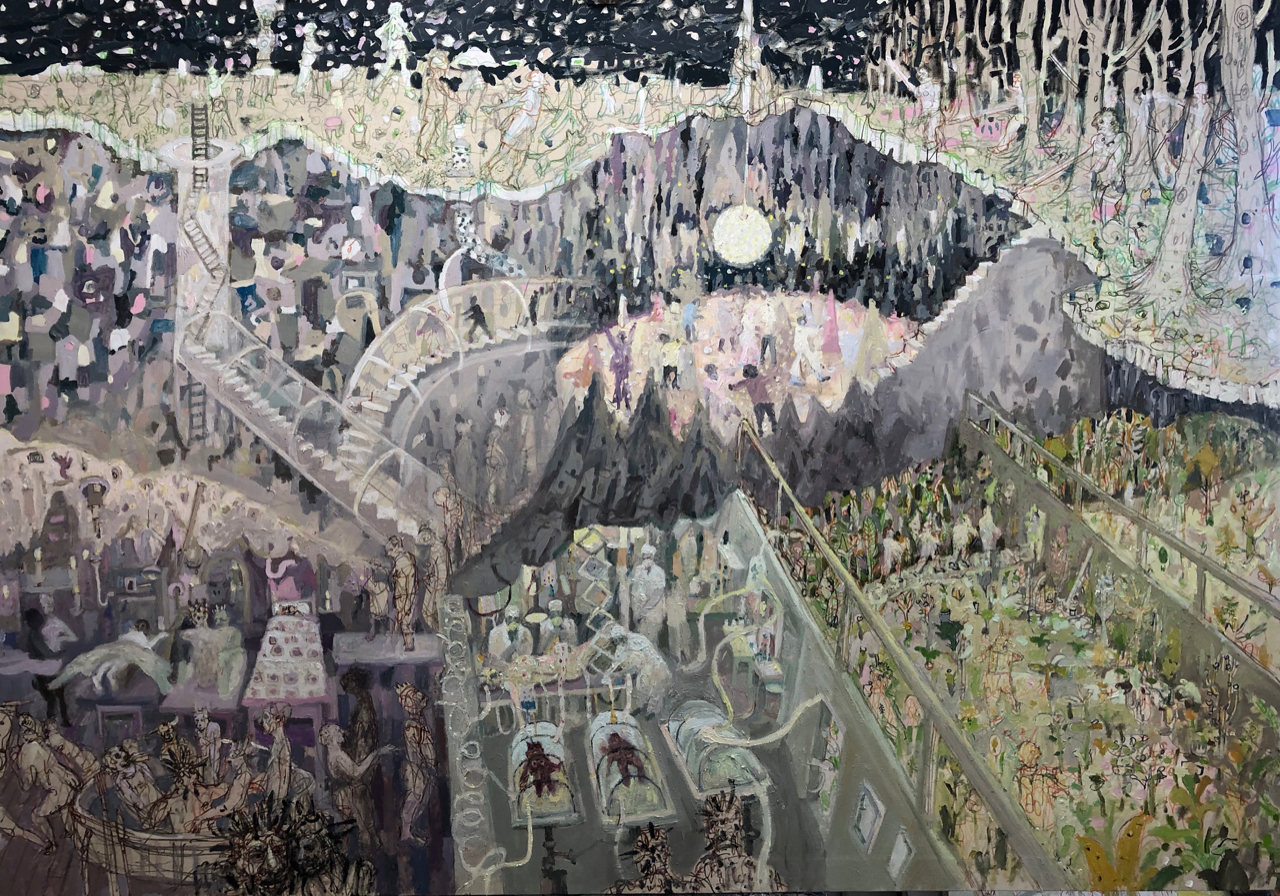 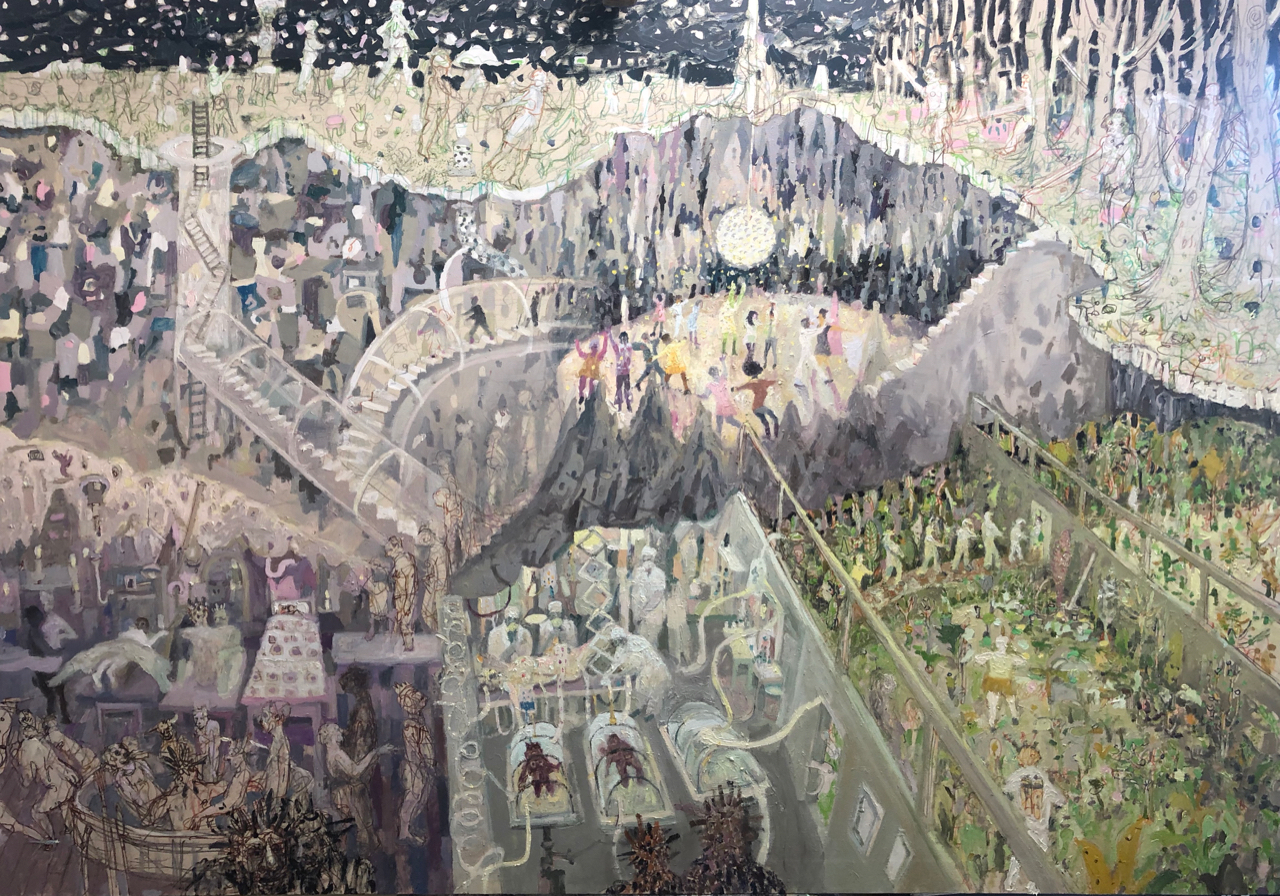 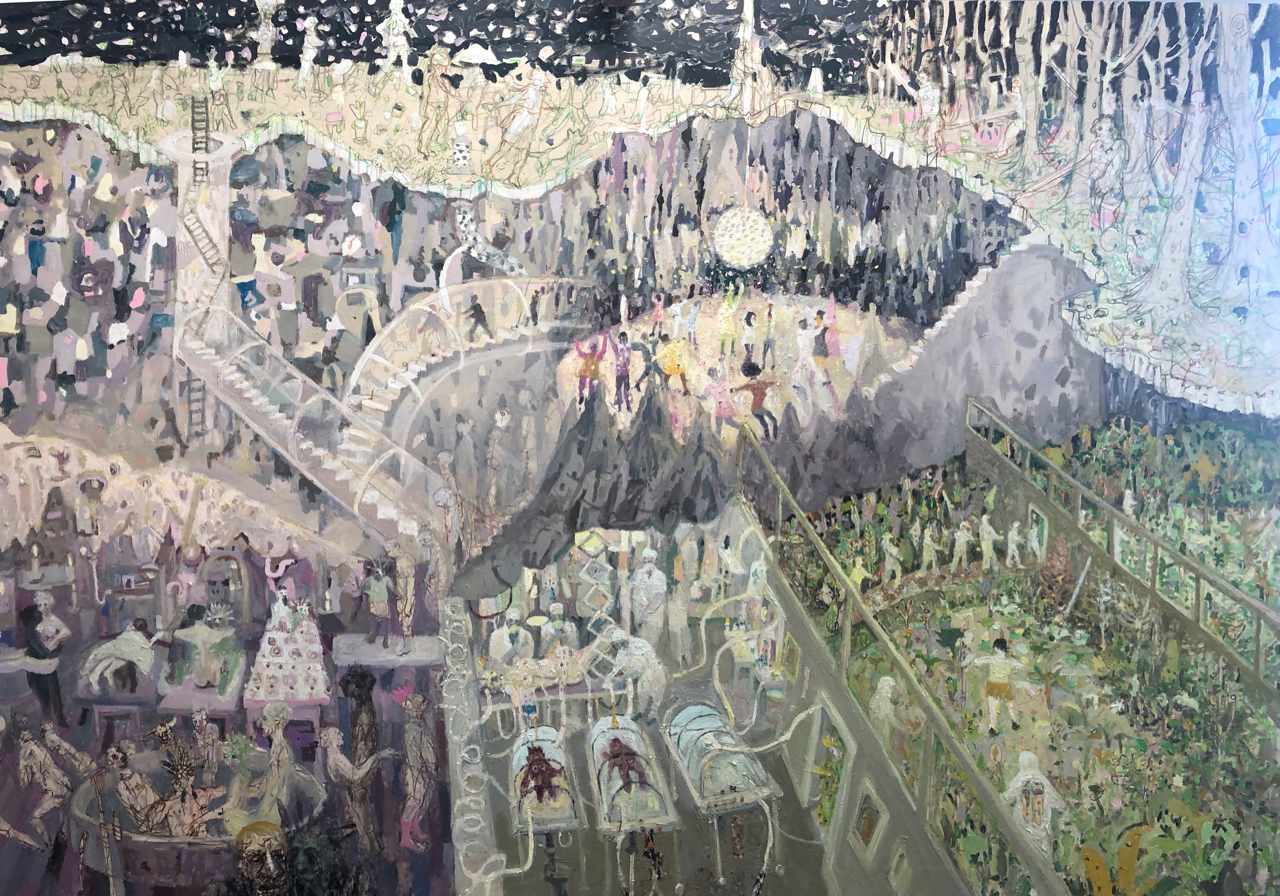