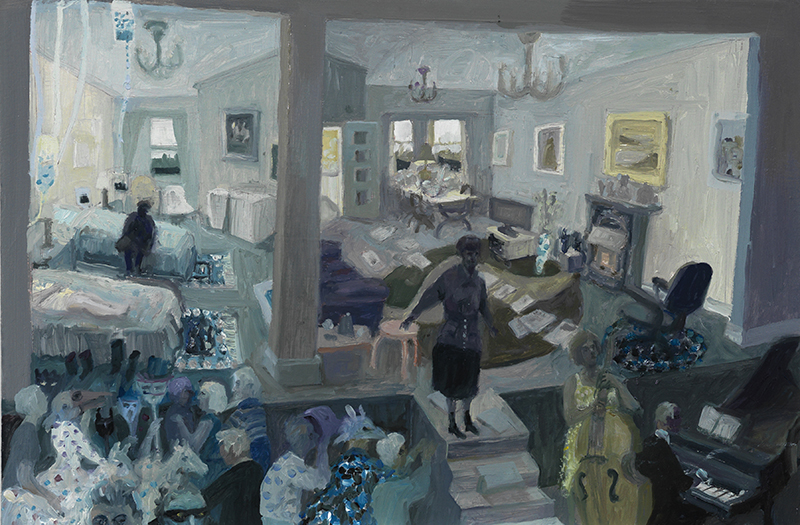 ‘Cumbrae Court Theatre’ forms part of ‘Invasions and Excavations’ a solo exhibition at the Open Eye Gallery from 21 April – 6 May 2017.

In April 2016, my mum Rose died shortly after her 80th Birthday. Mum was many wonderful things over her rich, creative and generous life, not least someone whose incredible love and support gave us all permission to follow our dreams, make mistakes and have fun doing it. The last few years of Rose’s life were as rich and fulfilled as any; Mum would periodically reinvent herself, get rid of stuff, move and start again. Her final move to Largs brought her back in contact with creative, articulate and reflective people – people who became soul mates and creative collaborators. She was back in her element; She became a key member of the Largs Writers group, performing her own poems, prose, writing plays, designing sets and costumes. 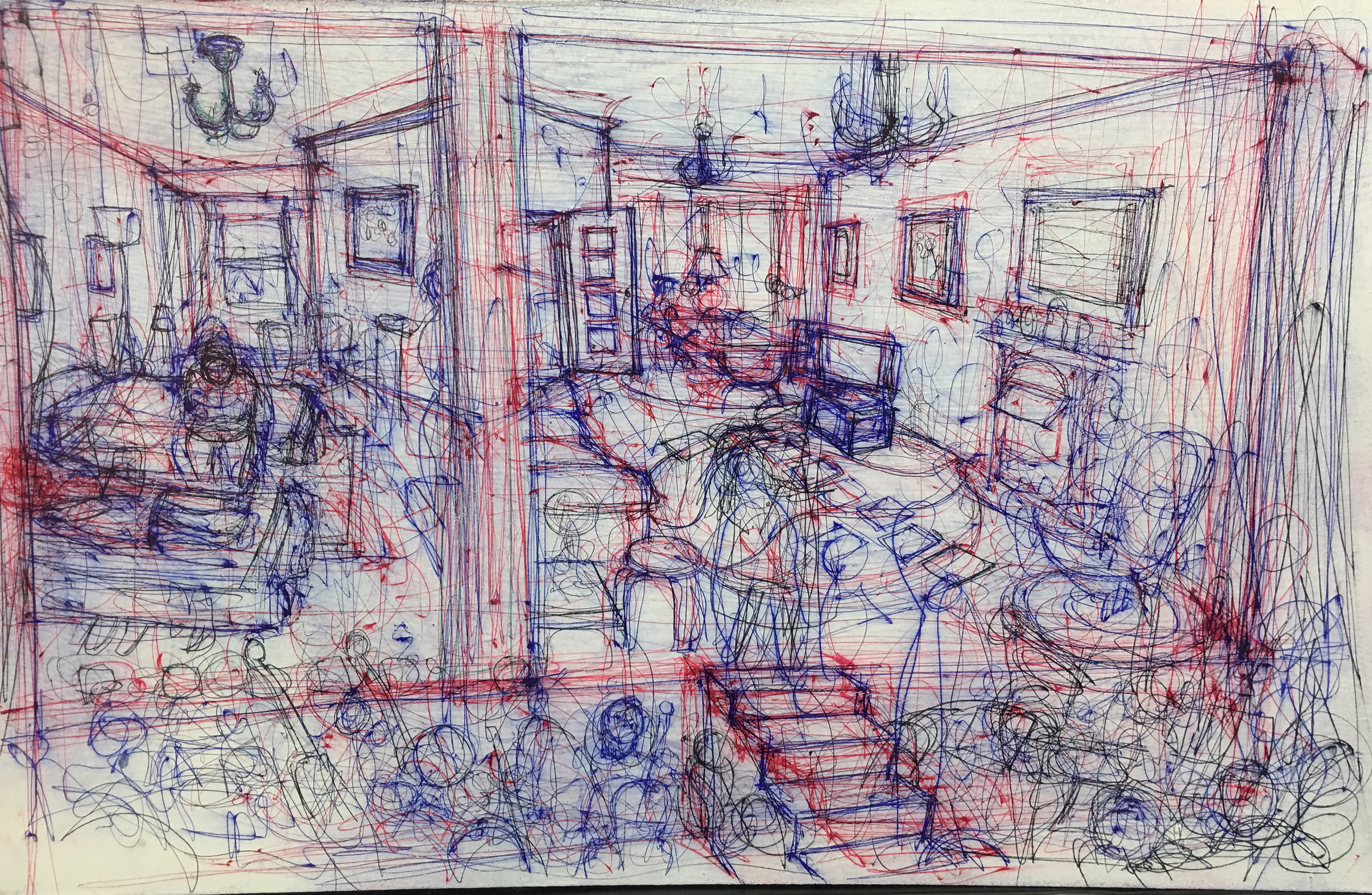 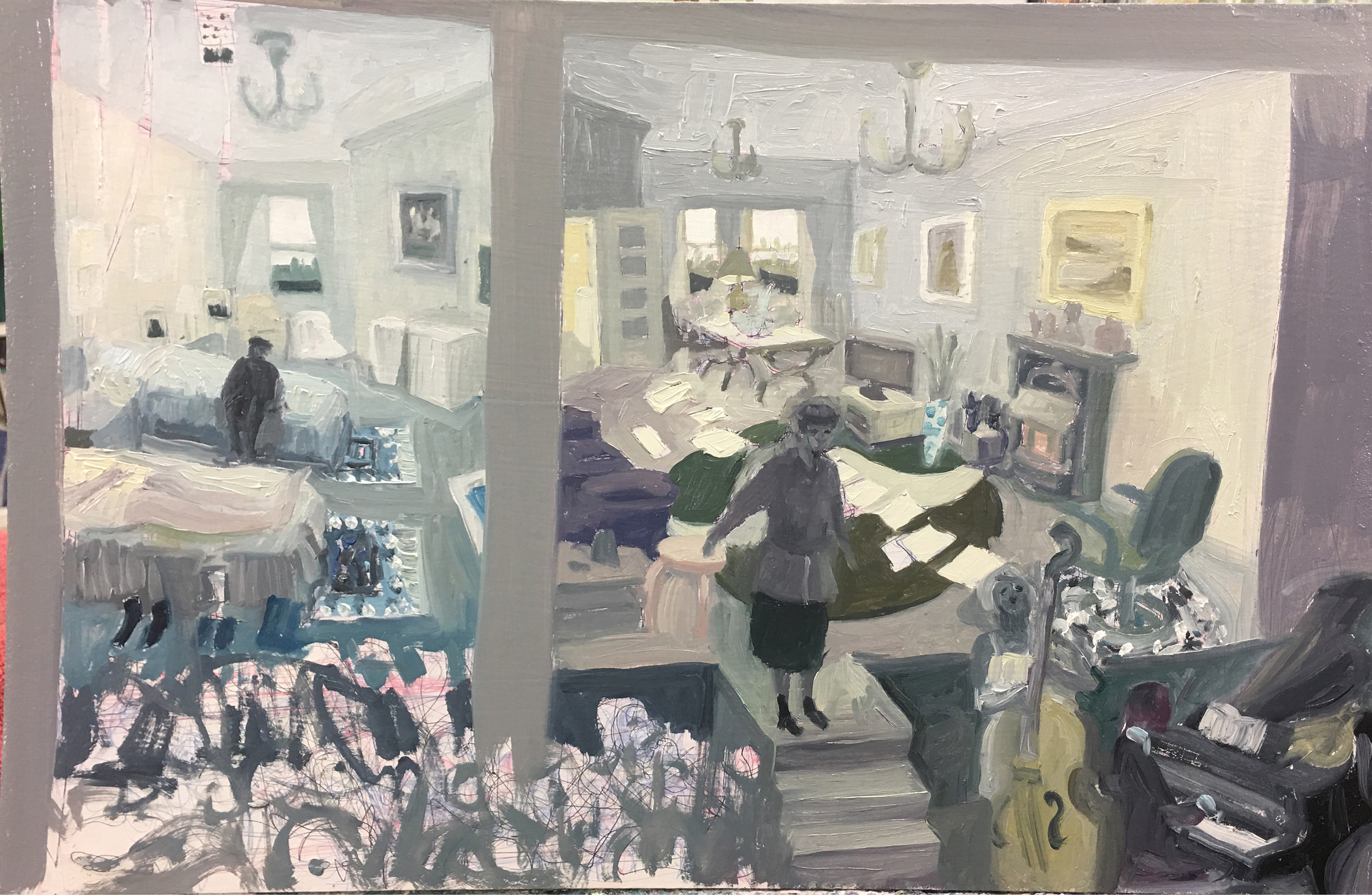 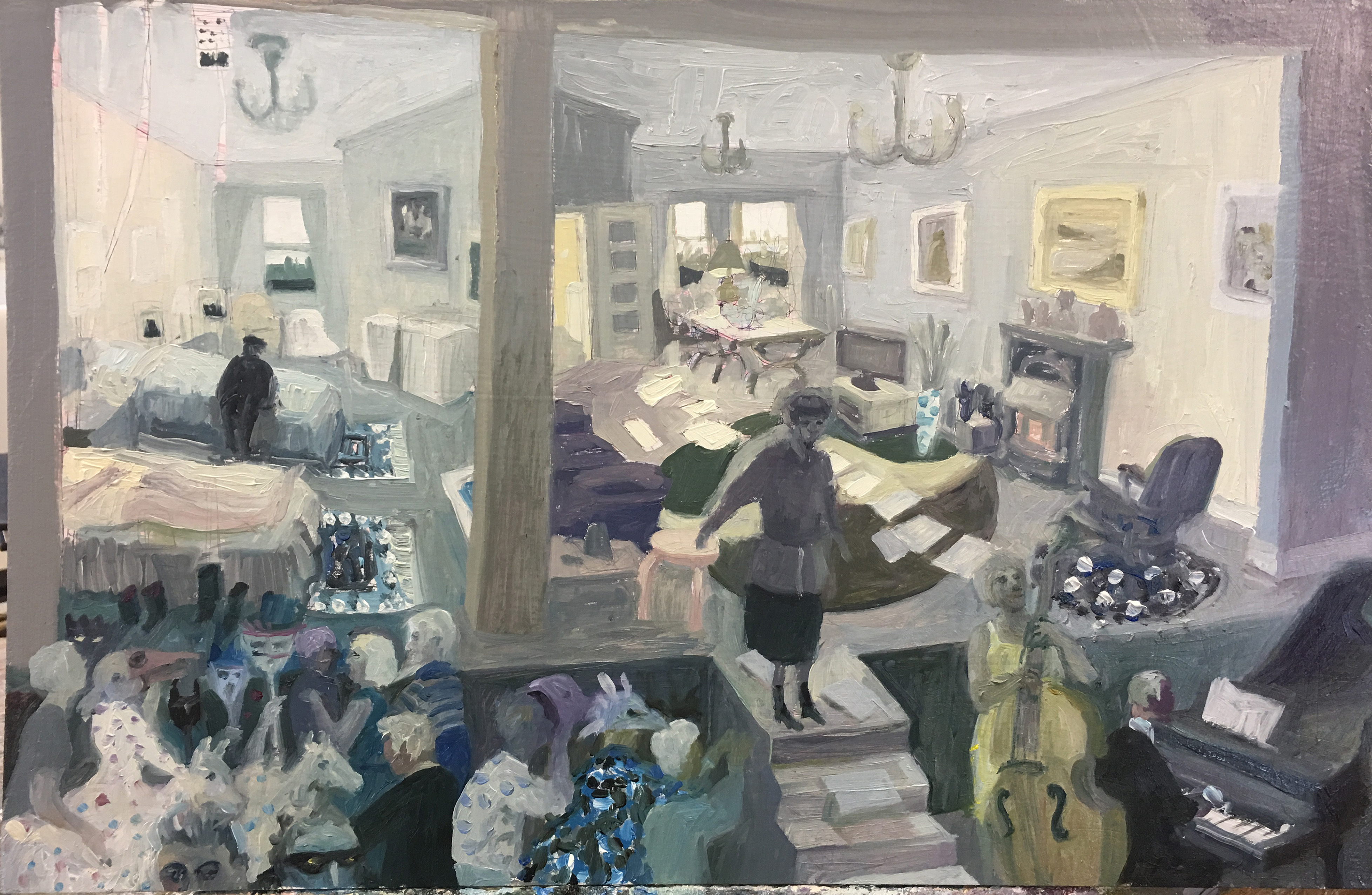 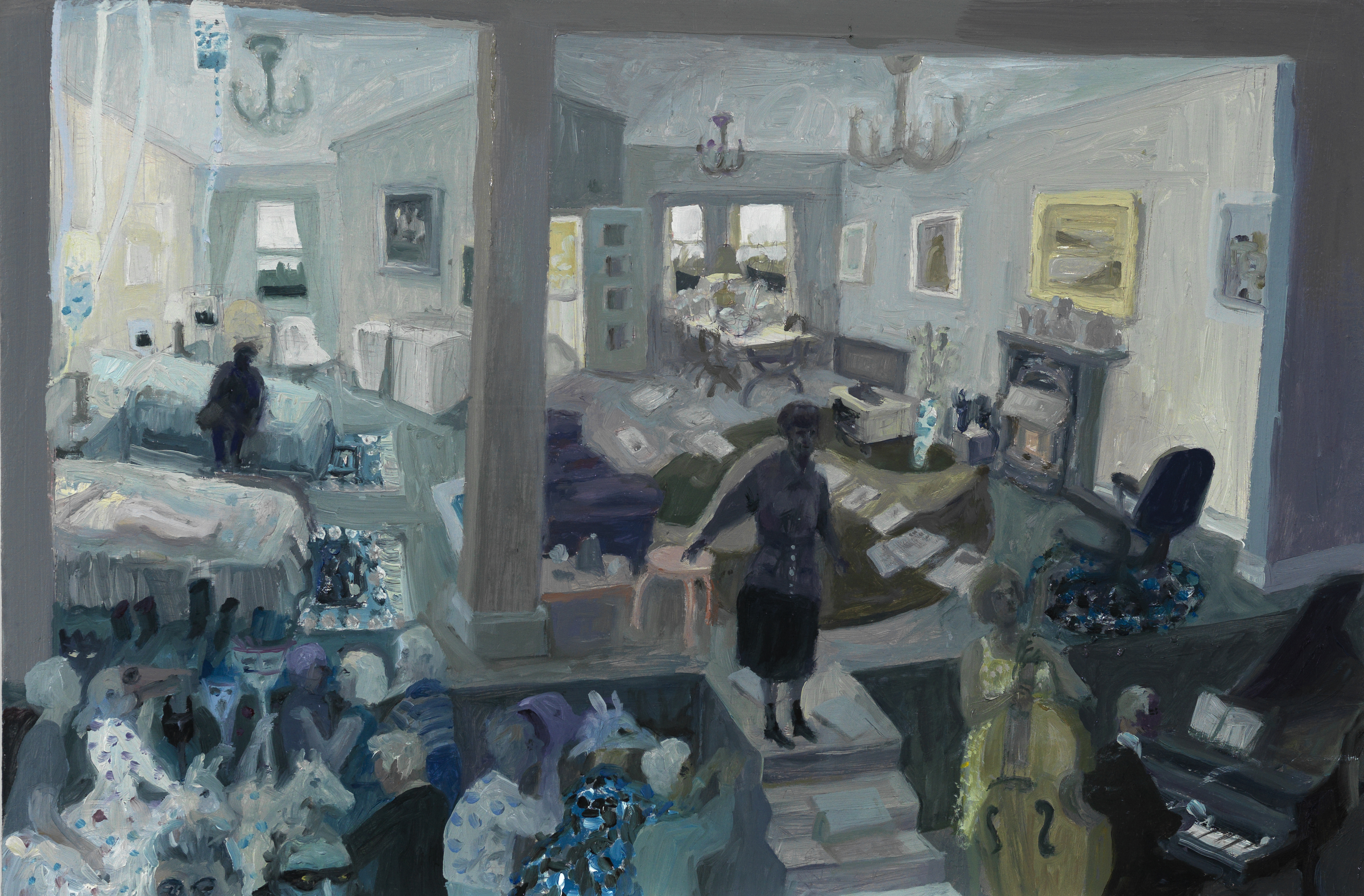 Her richest period of creativity and acknowledgement came right at the end and I had never seen her so happy and fulfilled – and all from a small retirement flat in Largs. ‘Cumbrae Court Theatre’ is simply my tribute to Rose. It depicts her two room retirement flat as a stage set devised from a memory drawing while we were sorting out her stuff. Rose appears twice in it from different stages in her life. It was my first painting of 2017.