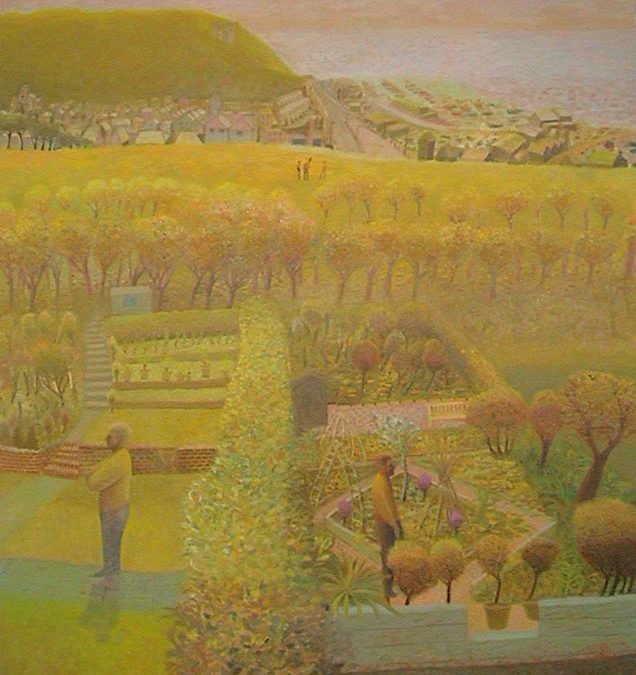 I am typing this from my work PC at Brooke, after teaching school kids taster workshops in art foundation. I had driven up from Chichester this morning at 6.30am after a couple days in seeing friends and attending the opening of the Chichester Open. Bloody exhausted, but might still go down to the studio this evening as I am getting withdrawal symptoms after not painting since Tuesday night..

Anyway – I had Thursday and Friday off work so I borrowed a car to go down to Chichester and get back in time to work this morning. I stayed with my old colleague, Vicki Brown and her family in Emsworth, and also visited my old friend Suzie who was in hospital after an operation, (which was a success). I went to the ‘artists preview’ of the Open at lunchtime after spending a bit of time reacquainting myself with the old place (not much to it really). I had been fantasising about what I would do with the money if I won the first prize of £3500; new iPod, power book etc, etc.. Trying not to get too carried away. Anyway – I had thought that that the prizes would be announced at the proper private view in the evening. However, as I arrived at the Minerva Theatre (where the Open is held), the judges were already making speeches about ‘what a difficult but exhilarating job it was choosing a winner.. the standard this year of the entries was overwhelming…’ Anyway, before I could catch my breadth or notice where my works were hung, there was the anti-climax of hearing ‘the first prize goes to (someone who was not me)’ – and I thought – ‘shit! I wanted to be disappointed tonight and not before I have even had my lunch’.. Oh well..! Then they called out my name as one the artists whose work was ‘highly commended’ for the Battle of Hastings picture. ‘Shit,’ I thought again! ‘I cant buy a new iPod with a highly commended’ ‘. Then I went out for a breather..then rational thought resumed and I became very pleased with the whole thing. Gosh, competitions are just awful really, for what they make you go through. I dont think it is because I am arrogant and thought I might have won – I am just the same whenever I buy a lottery ticket.

Did not know many people at the ‘artists preview,’ so went for a wander and a pint. Found out that Tom (whom I met in Cyprus this year) was in town — so we met up before the main private view for a pint and then he was my ‘and guest’ for the night.

Still not many people I knew at the opening. It was quite ironic how many of the types I had satirised in my Battle for Chichester Cross painting there in attendance.

Near the end of the private view, Nick (who is the administrator of the Open and a former student of mine from UCC),sauntered up to me and quietly told me that my Hastings picture had sold [had a good price too).. To Molly from Bognor. Thank you Molly – I am so pleased you like the picture. Images of cool gadgets were once again entering my mind…

A night in the pub, followed by a curry and then a bed in my old flat in North Street (where Andrew now lives, keep up wont you).. Then back to reality today.

Now for the framing weeks…