Battle for the Library Table 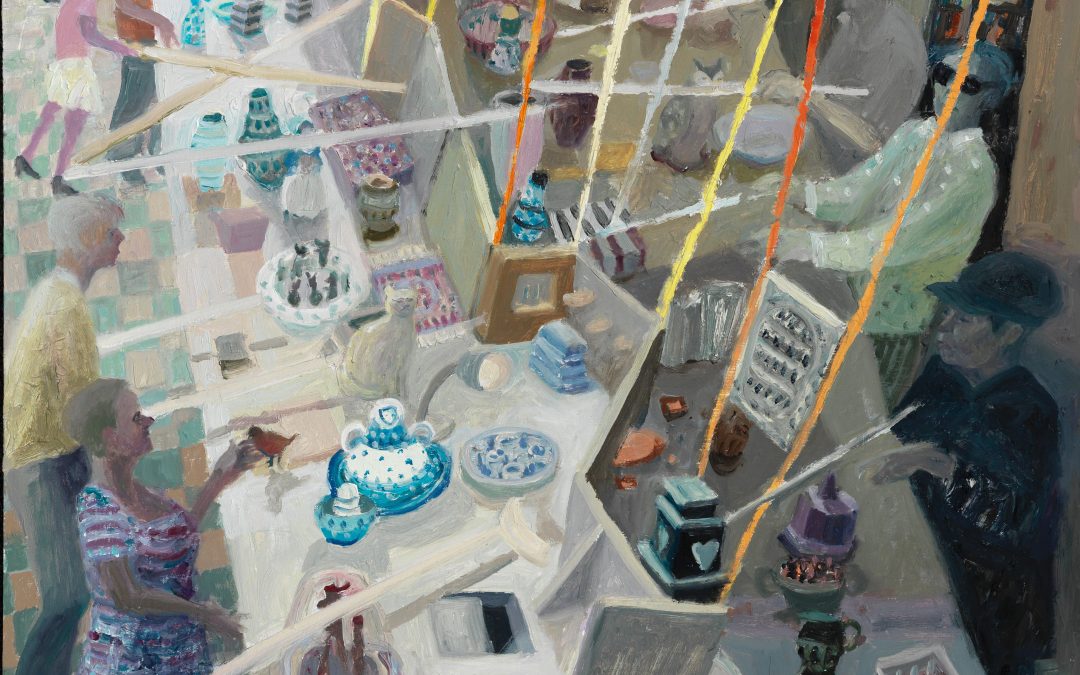 Table tops with a real or imagined kitchen or dining ‘still life’ have featured in my work throughout my  career. Scottish painting is littered with tables as a pictorial device and there is little doubt I was influenced by the works of Anne Redpath and William Gillies in my early years. This painting was one of the last batch of painting I made for ‘Invasions and Excavations and was born out of a desire to return to an interior space where the figures are more dominant. As can be seen in the initial line drawing, it started out as simply an upturned long table in which to add characters and a story and I just let the idea evolve. I decided to make it another ‘battle’ painting and I had in mind a tabletop version of Ucello’s ‘The Battle of San Romano’. I had just made a couple of drawings of a group in a library, so the picture has ended up being set in a library where players battle for their inch of table space. The women on the bottom left started to feel a little like my mum Rose (not planned). She loved libraries so it made sense just to go with it and make it clearer it is her with her trademark bonnet. 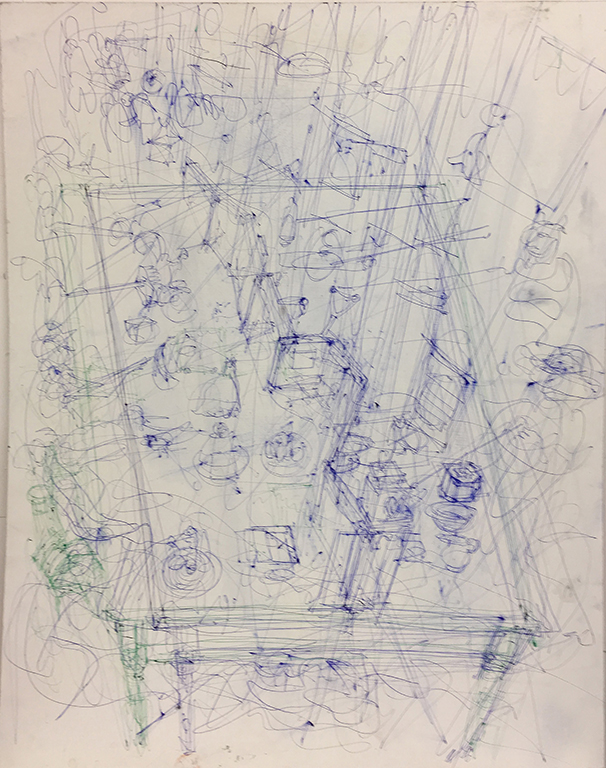 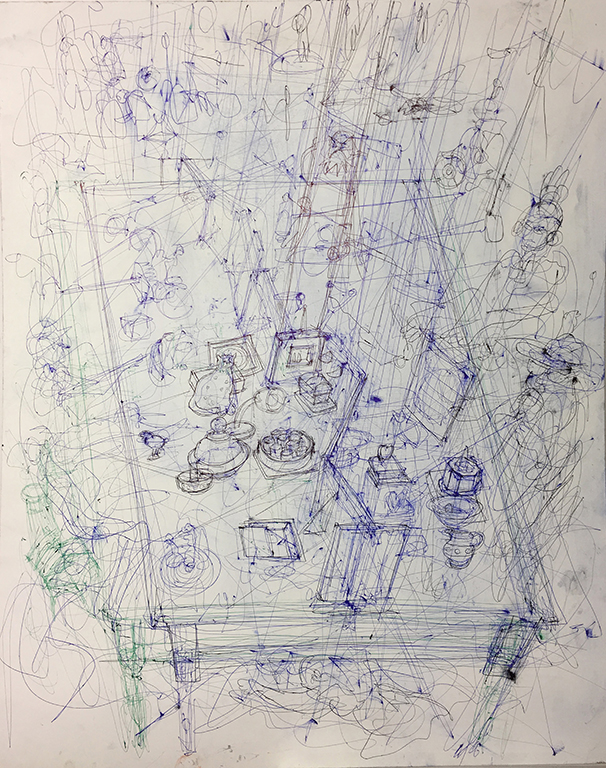 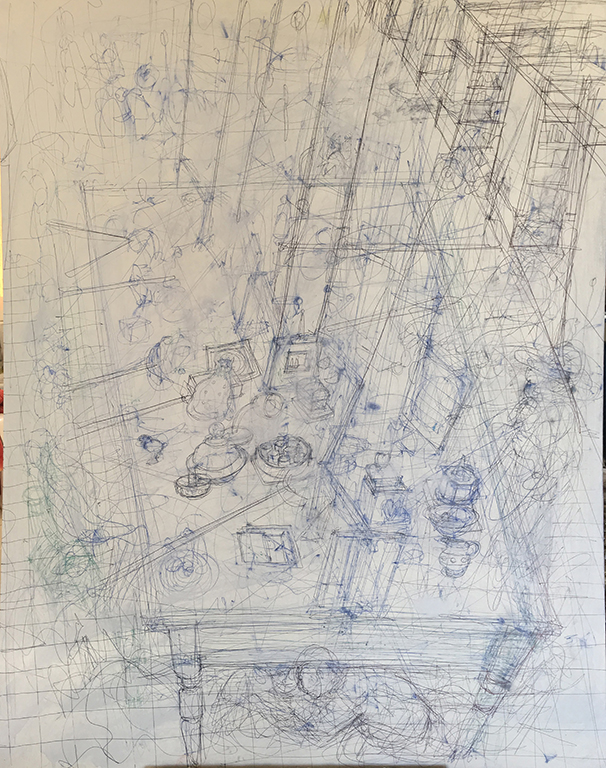 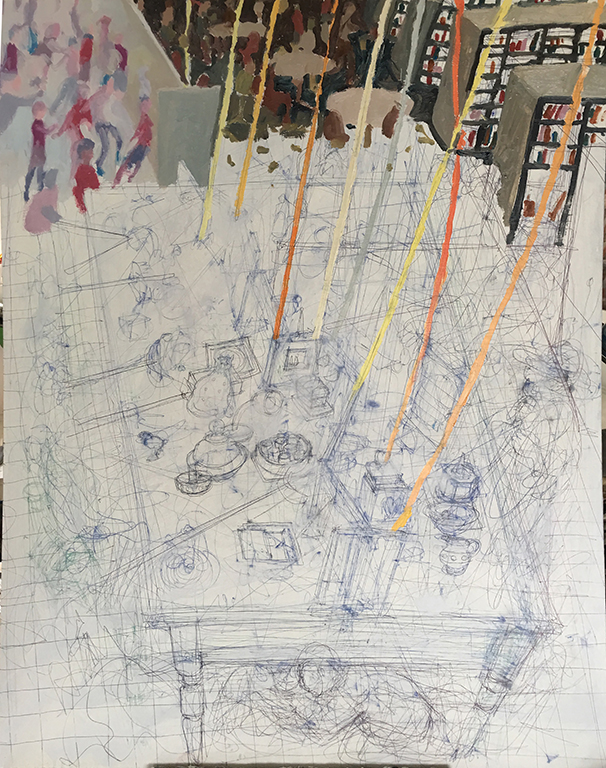 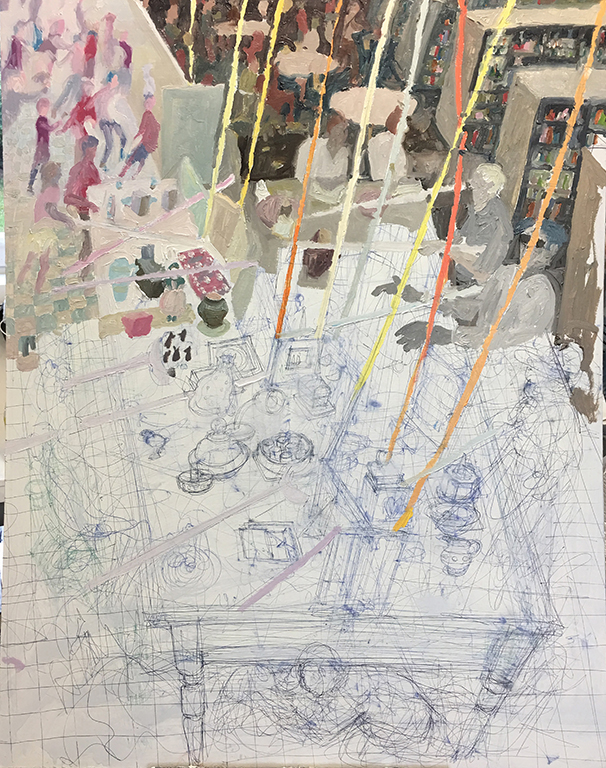 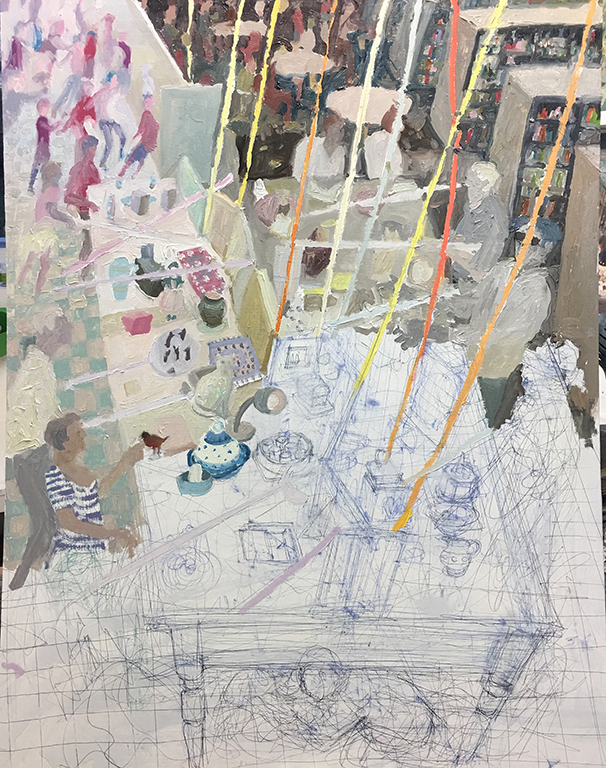 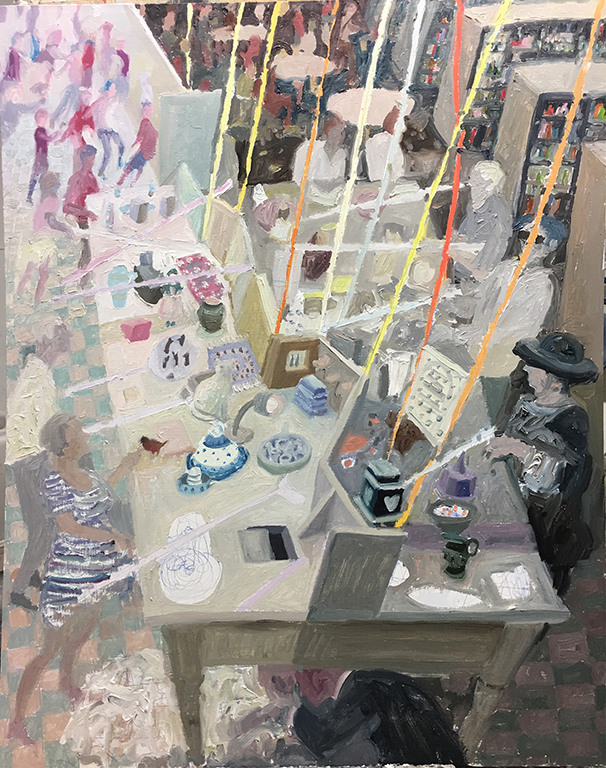 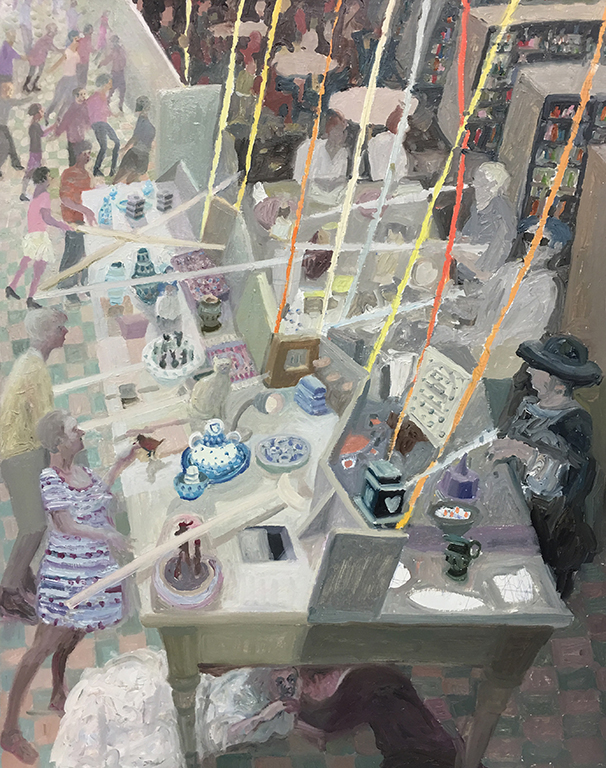 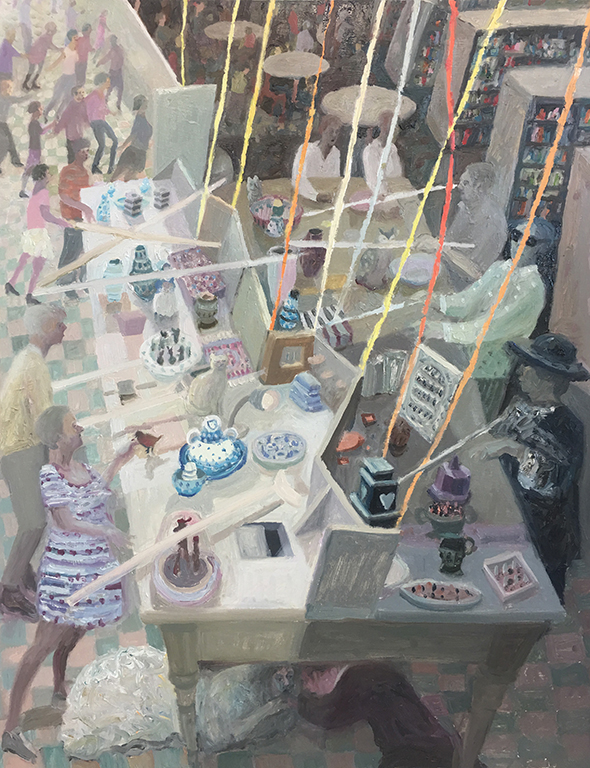 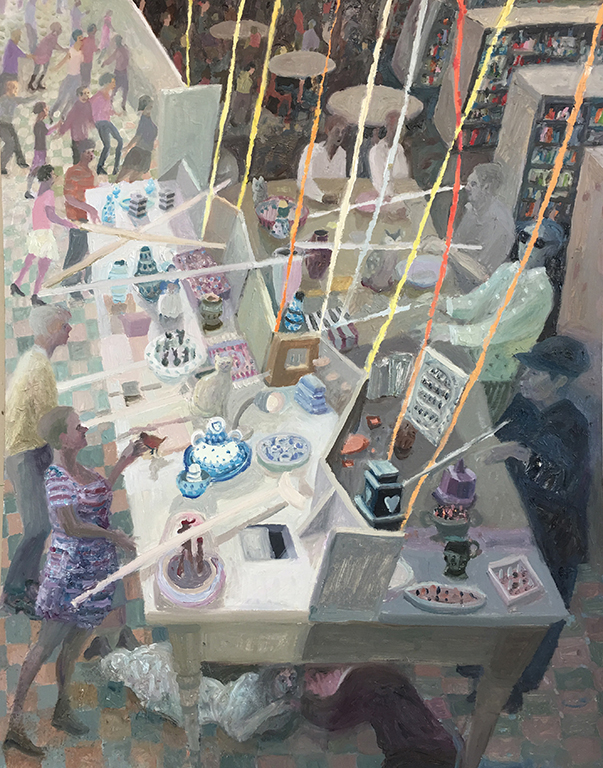