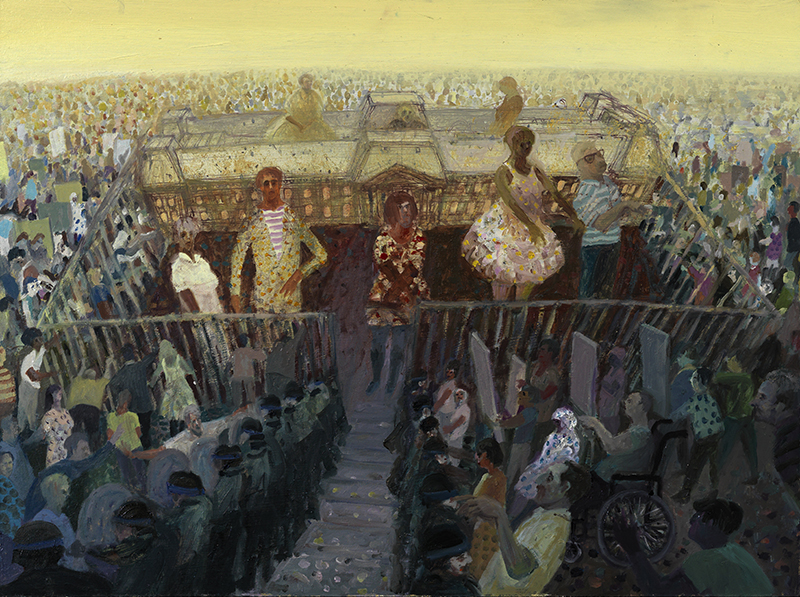 ‘Applicant Day’ forms part of ‘Invasions and Excavations’ a solo exhibition at the Open Eye Gallery from 21 April – 6 May 2017.

‘Applicant Day’ began life as a sketch in early 2013. I had photographed the architects’ model of Edinburgh College of Art’s main building (ECA) with an idea to use it in my work. ECA merged with University of Edinburgh in August 2011 and, as a consequence, much of the activities of the continuing studies department I worked for ceased, such as part time degree pathways – creating more barriers for mature students. The remaining short courses programme was moved into a a non-specialist environment. While I survived the cull, I felt locked out, and for the first time in my working life, I was no longer immersed within a creative environment. I also felt all but the most privileged and young students were also being locked out. 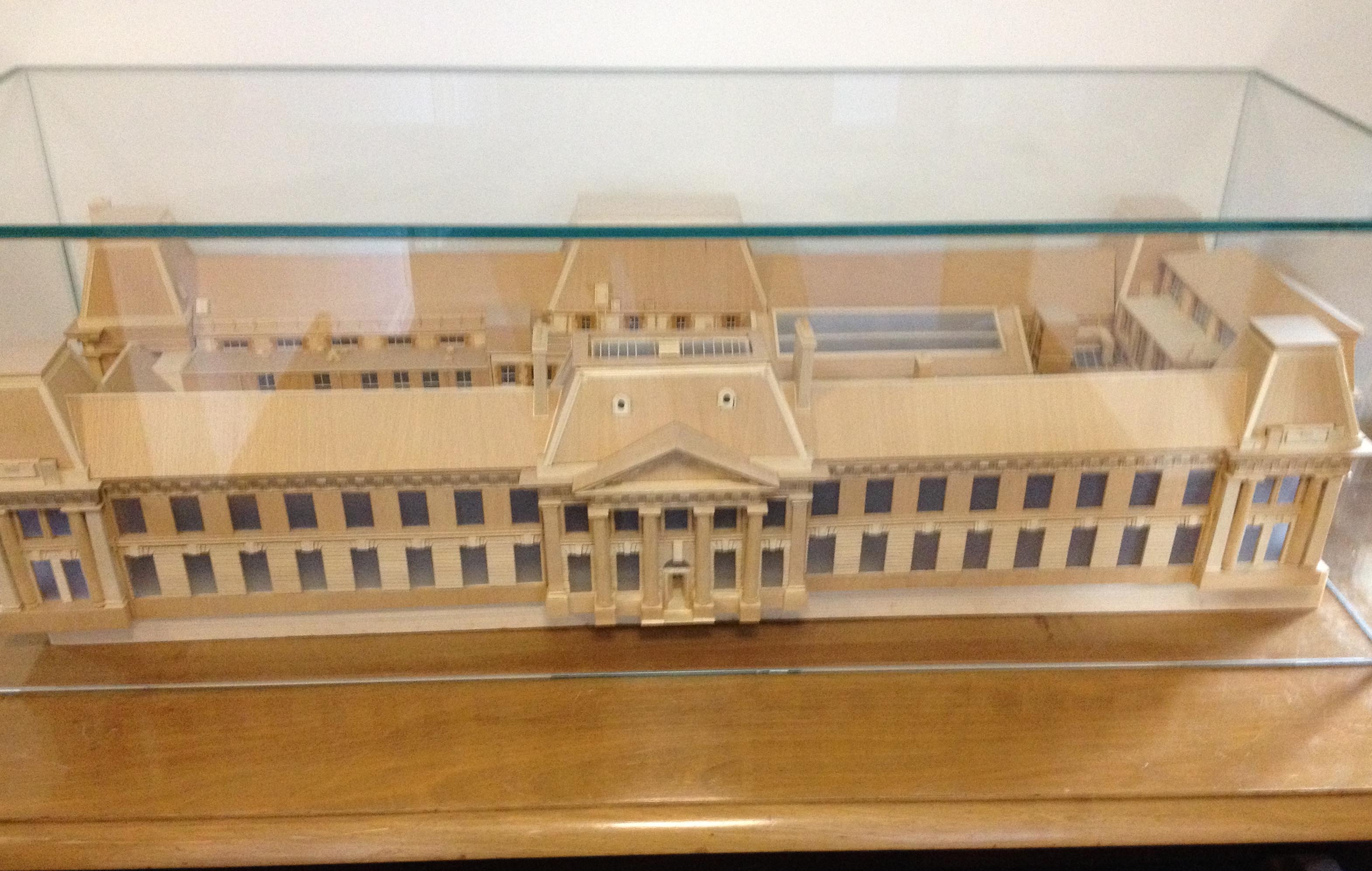 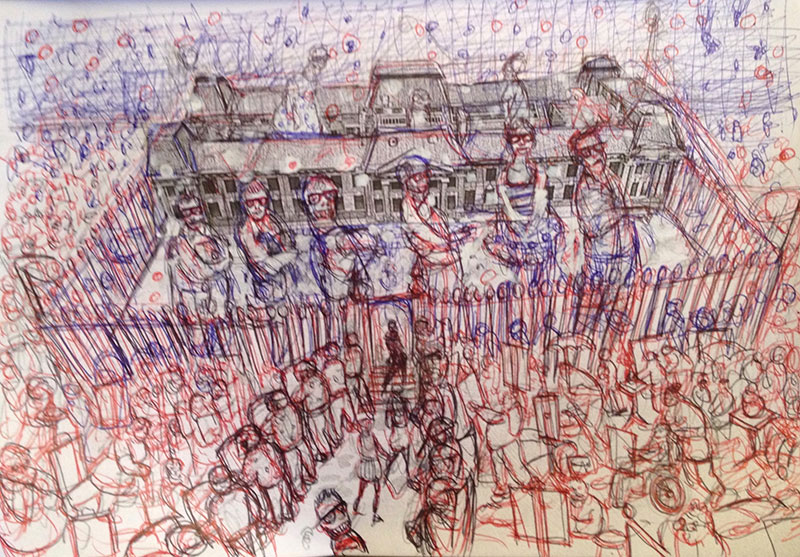 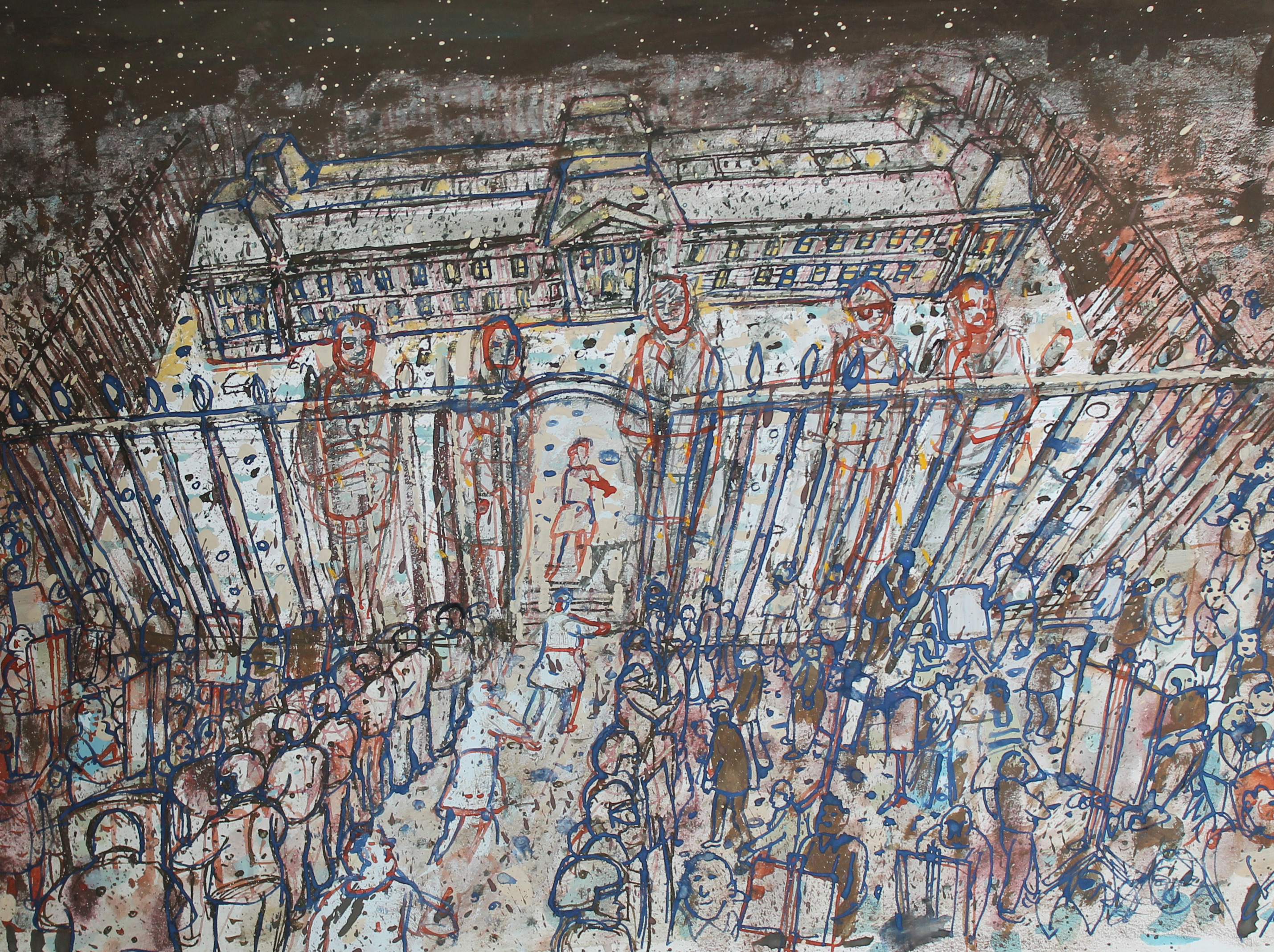 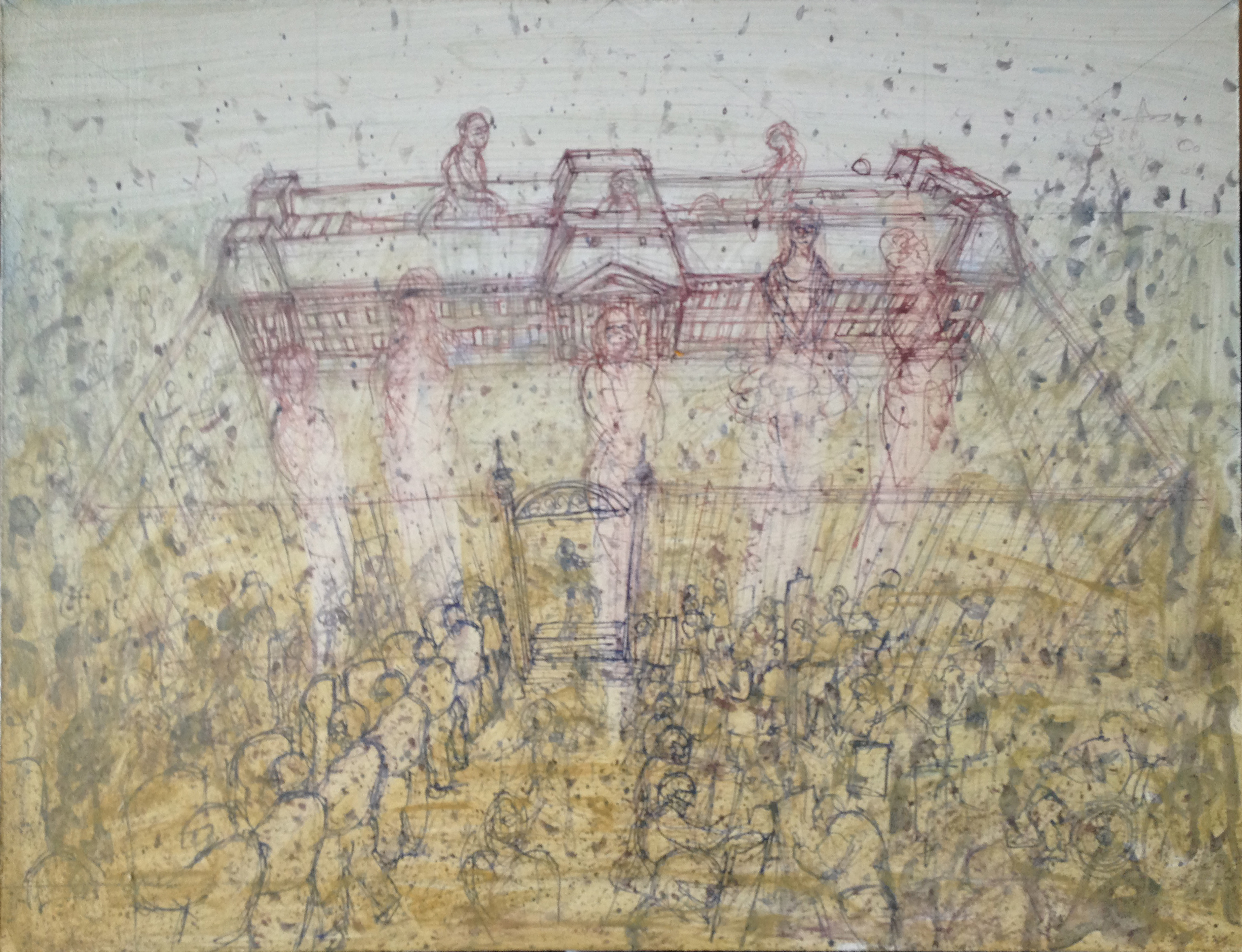 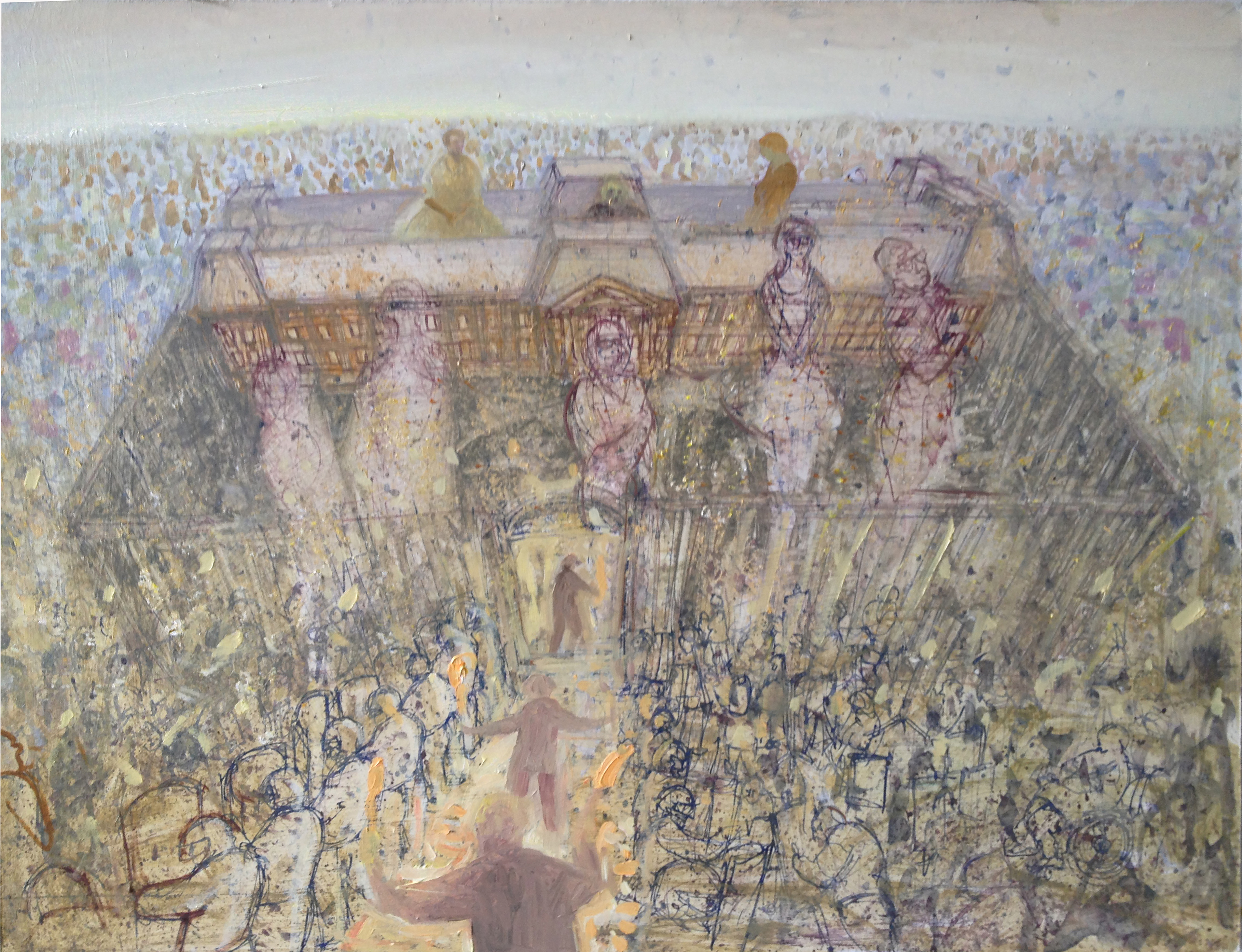 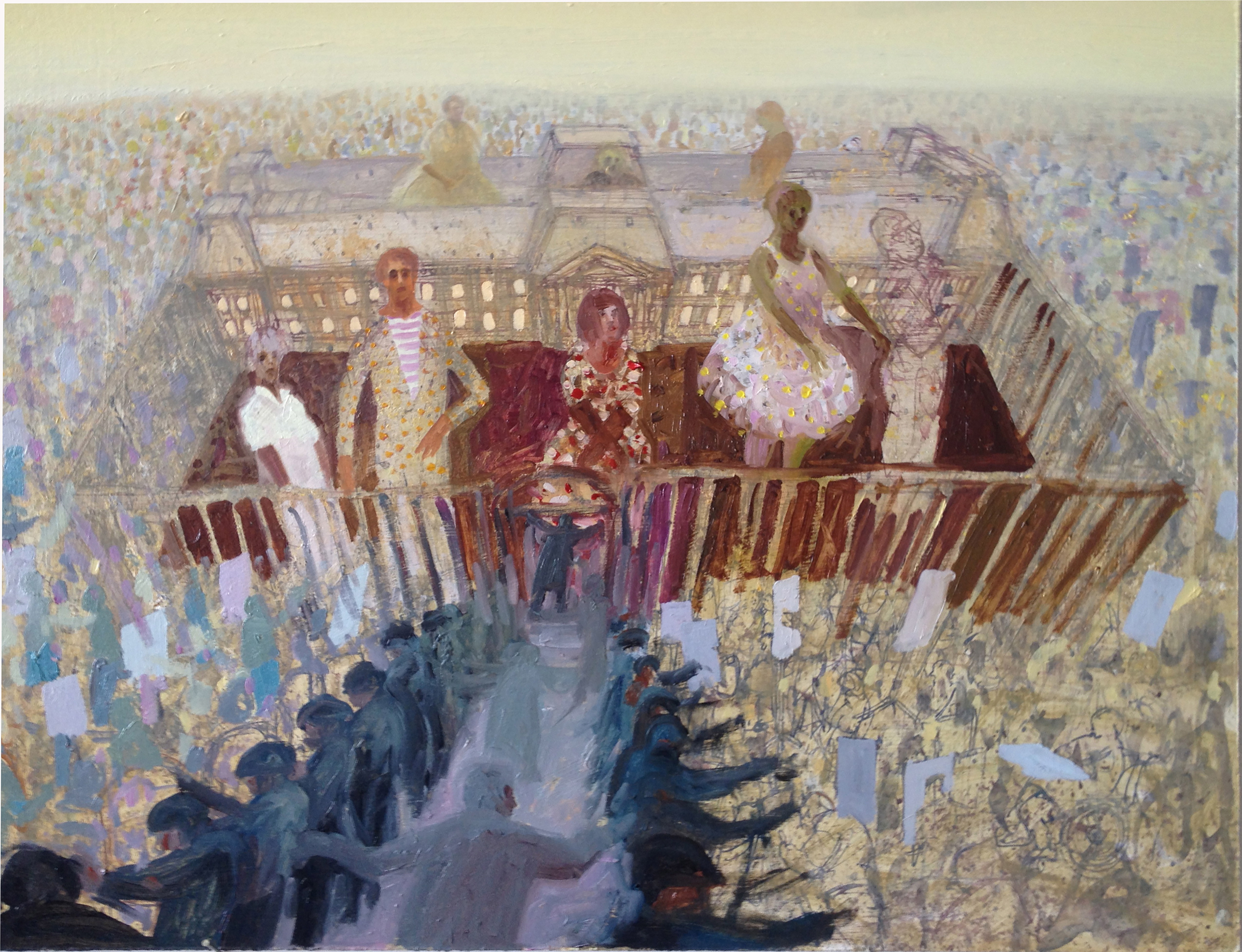 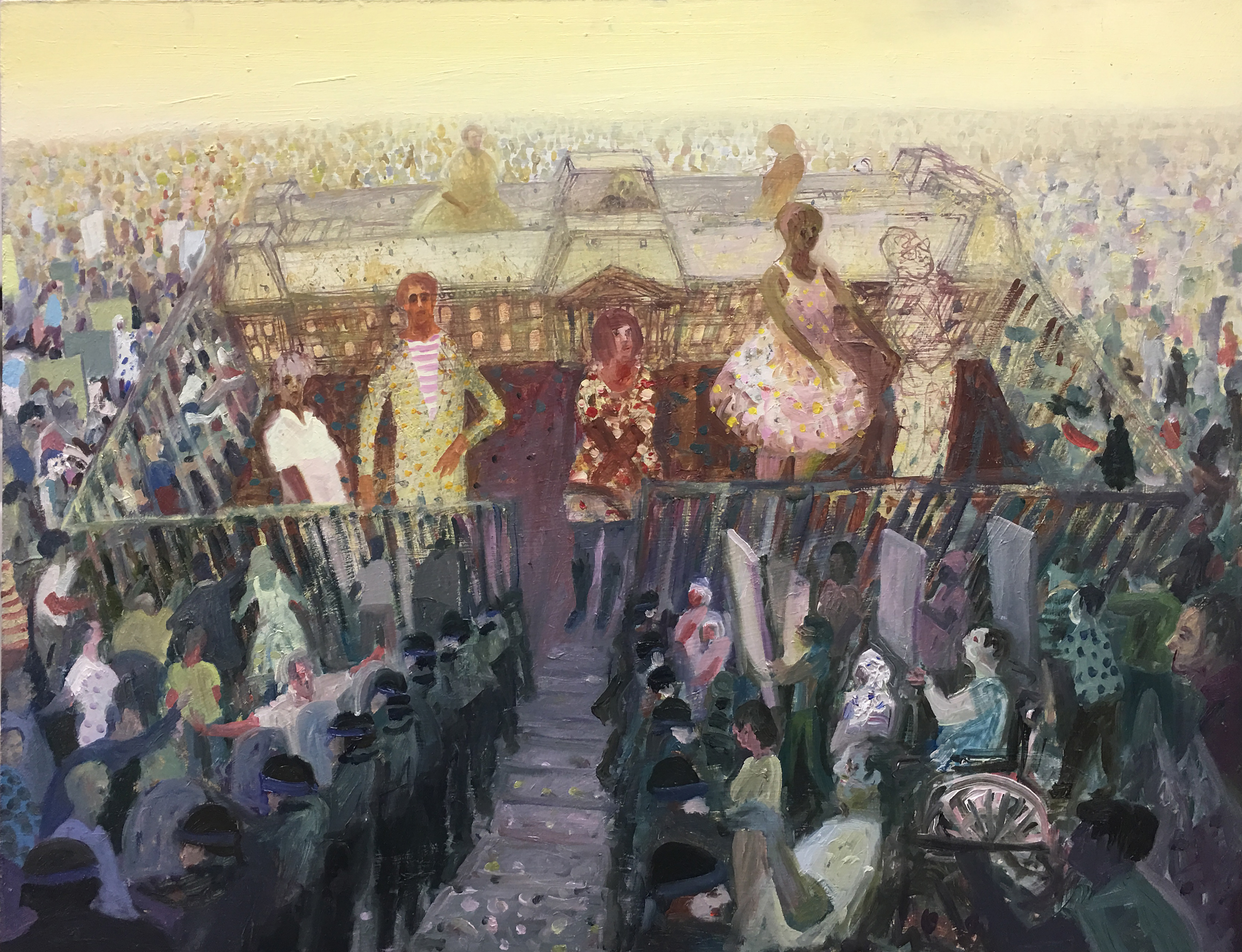 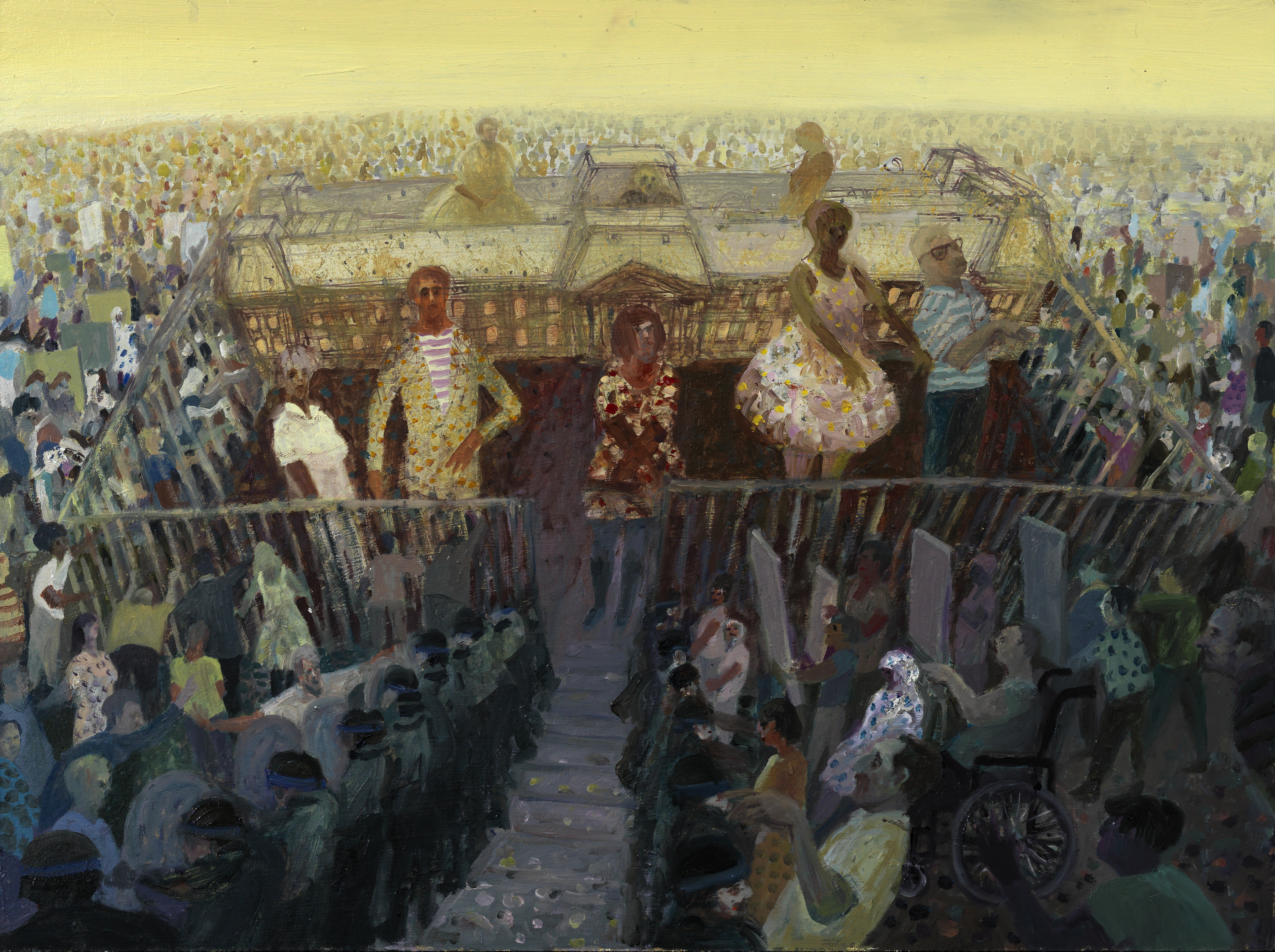 The sketch of ‘Applicant Day’ depicts a gated ECA where young and privileged (and larger than life) applicants are being escorted and protected from the those being locked out. It is very obvious, simple and from a place of deep anger. I made another larger gouache study before I began trying to translate it into an oil painting. The painting started well but I could not fathom how to finish it – whether to keep the ink lines and washes or use impasto paint. So, it got left unfinished until early 2017 when other works gave me clues how to rework the foreground  with thicker paint. It is not as complex a composition or idea as some of the other works in the exhibition but, while I kept to the original spirit, the reworking has allowed a more reflective and less guttural picture.